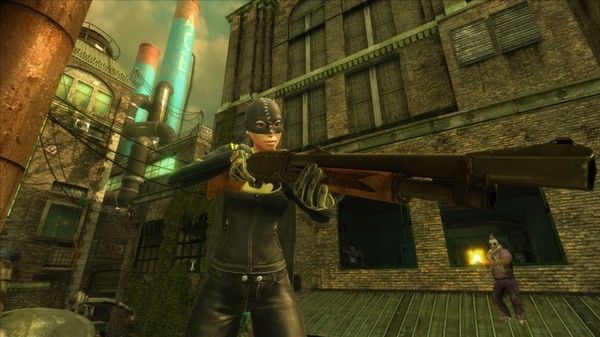 In the United States, we are about to enter a three day Labor Day holiday weekend. So there's no real excuse to not check out all of the weekend downloadable PC game sales that are available right now.

The Steam service starts things off with the announcement that the first person multiplayer shooter Gotham City Imposters has now been permanently turned into a free-to-play game, although there are still DLC packs that can be purchased for things like XP boosts, costume items and more. From now until September 7th, all those DLC items are on sale for 20 percent off their normal price.

Steam also has a number of other games on sale, including the recent first person shooter The Darkness II for 75 percent off its normal price.

GoG.com has a bunch of strategy games on sale this weekend, including Total Annihilation, for 50 percent off their normal price. There are also three episodic games from Telltale Games, including Back to the Future, on sale on that site for up to 70 percent off.

GameStop has quite a few games on sale, including Crysis 2 Maximum for just $9.99. GamersGate has a ton of adventure games on sale this weekend for up to 75 percent off. Finally, Amazon.com has big discounts for over 400 downloadable PC games from now until September 9th.