Back in December, HP announced that it would turn its WebOS software into an open source project. Today, that promise was fulfilled with the first public beta release for Open WebOS.

The project's official website says that this first beta release contains over 450,000 lines of code that have been released under the Apache 2.0 license. The project has two beta versions; one for desktop PCs and the other for embedded devices. 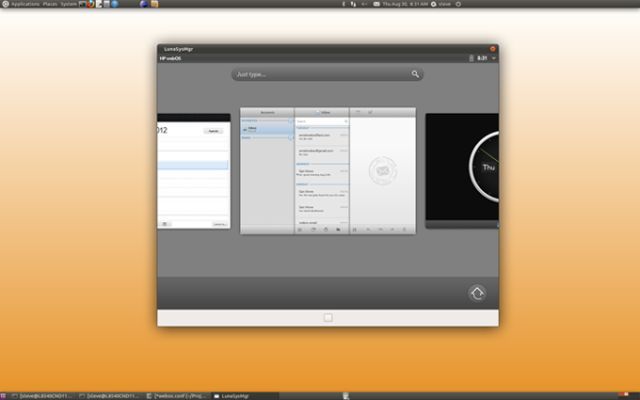 You can see the beta desktop version running in the above screenshot on a Ubuntu setup.The website states:

The desktop build brings together all of the elements released so far on the Ubuntu desktop. Our upleveled System Manager now has support for applications, including the Core Applications such as Calendar and Contacts, with their underlying Synergy services.What’s more, many 3rd party Enyo apps are supported too.

HP first bought the WebOS operating system via the acquisition of Palm in 2010. HP released the WebOS powered HP TouchPad tablet in July 2011 but it was a massive flop for the company. It shut down production of the TouchPad just one month later and announced it would not develop any more hardware based on the OS. HP is now an investor in the WebOS open source project.