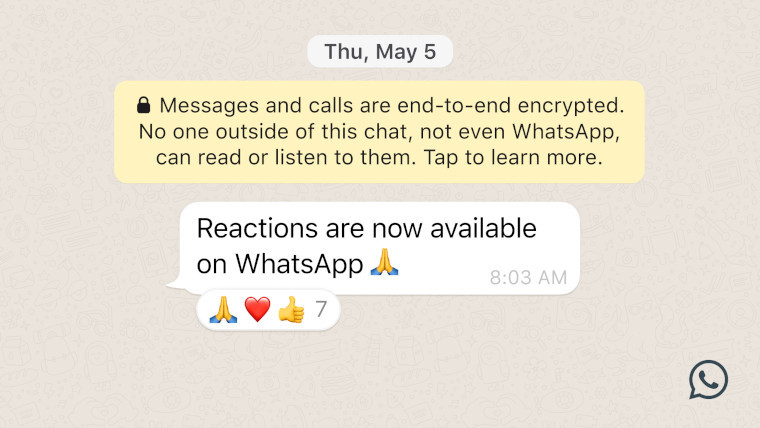 WhatsApp has announced that reactions, large file transfers, and bigger groups are now supported on the app in its latest update. With reactions, group chats should be less cluttered, the larger 2GB file transfer limit, from 100MB, should make the feature more useful, and the ability to add up to 512 people to a group should help organisations leverage WhatsApp in new ways.

The introduction of reactions to WhatsApp comes just months after Telegram added exactly the same feature, it’s not the first time Meta has lifted features directly from Telegram but if it wants to stay competitive then it does need to reach near feature parity. Being able to respond to messages with reactions should remove the need to people to respond with a message quite so much which should reduce clutter.

The second feature WhatsApp is adding is the ability to send files of up to 2GB. The limit had previously been set to 100MB but in this day and age, that amount is a bit low. Without trying to labour the point about WhatsApp cloning Telegram features, Telegram actually introduced a 2GB limit on file sharing way back in July 2020.

Finally, WhatsApp has increased its group size limit to 512 members which should make it more useful for organisations. For example, a school could create a group for parents to send out important messages. For those wondering whether WhatsApp has copied Telegram again, the answer is no. Since 2019, Telegram has allowed for groups with 200,000 members.