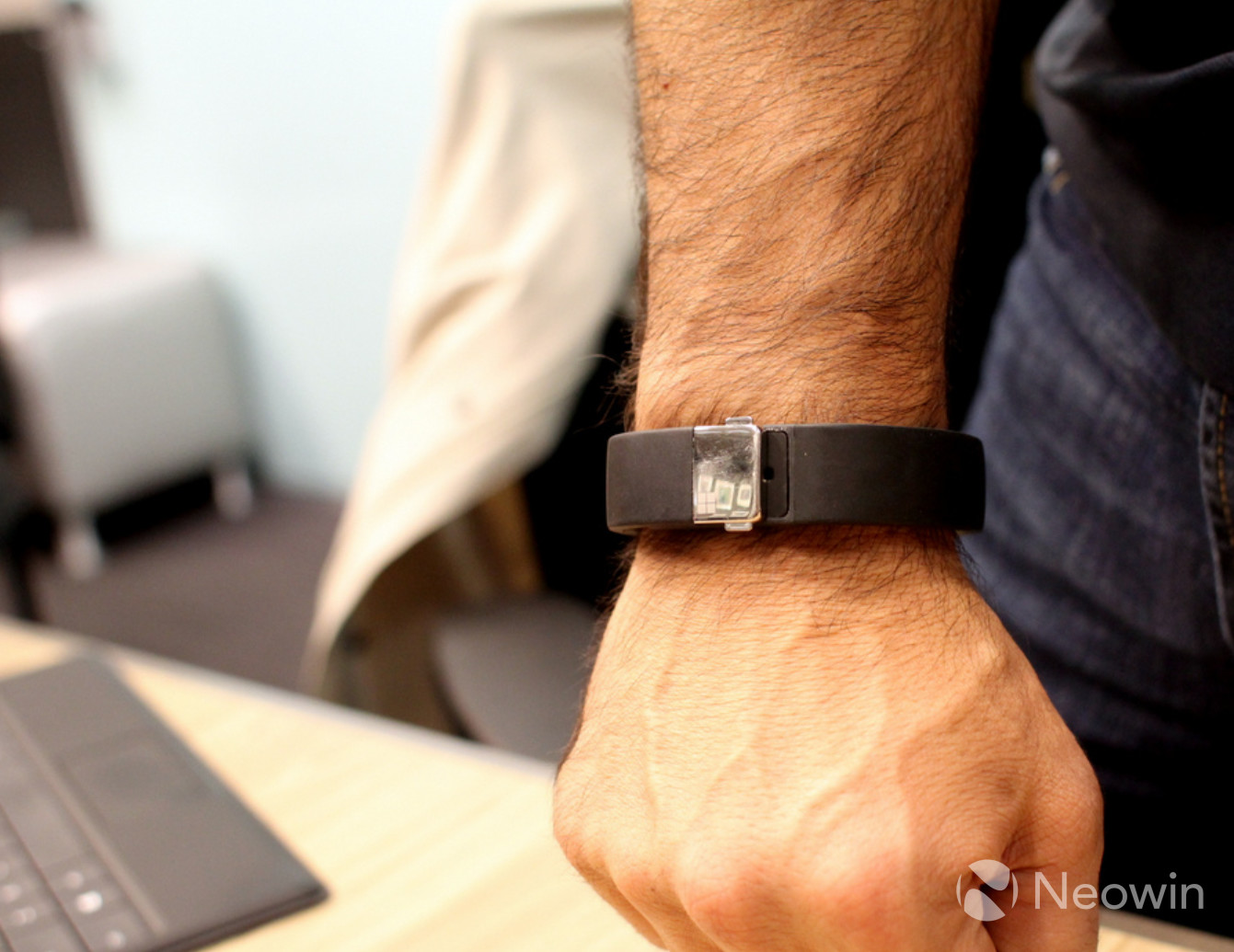 When you are the head of a hardware division at Microsoft, you, unofficially, have the ability to create custom variants of hardware. We have seen this with the Xbox division giving that team a custom console when the Xbox One shipped and it's no great surprise that we now see the head of Microsoft's Band division sporting some custom bling.

I have been on site the past few days at Microsoft's campus and got to spend some time with Zulfi Alam, the head of the Microsoft Band team, and he has a custom version of the device. While most of the attributes of the device are the same as the shipping model, the clasp on his band is chromed out.

It does make the device stand out and only Zulfi has this band, to our knowledge, which makes it an extremely limited edition. For those of you who don't have a Band, the clasp on the retail model is a dark matte gray.

The Band is a product that was many years in the making and we will bring you many more details about the device including the origin of the product in an upcoming post.