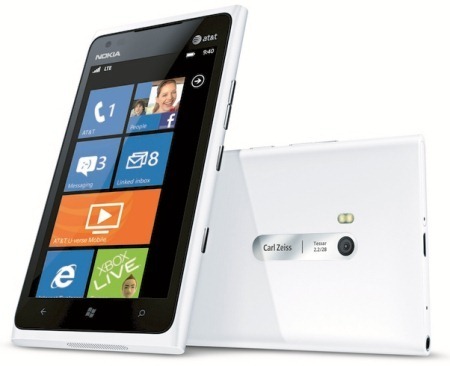 On Friday, it was revealed that some AT&T stores had started selling the white version of Nokia's Lumia 900 smartphone, even though the white version wasn't supposed to go on sale until Sunday. Now WPCentral.com reports that found out that the white Lumia 900 is shipping to stores with the old firmware version installed.

Specifically, the firmware inside the white Lumia 900 has the version number 2175.1000.8112.12082. The firmware, which shipped with the cyan and black versions of the Lumia 900 nearly two weeks ago, had issues with connecting to AT&T's data network. Nokia quickly released a fix for the issue, with the firmware version number 2175.1002.8112.12084. Nokia also offered people who bought a Lumia 900 before the end of the day today a $100 AT&T credit as compensation for the problem.

So if you happen to get the white Lumia 900, be aware that the smartphone may not have the latest firmware version installed. You will have to hook up the Lumia 900 to your PC or Mac and then check the Zune Update software to see if there is indeed a new version available to download. If there is, we highly recommend grabbing it so you can avoid any data connection issues with AT&T.