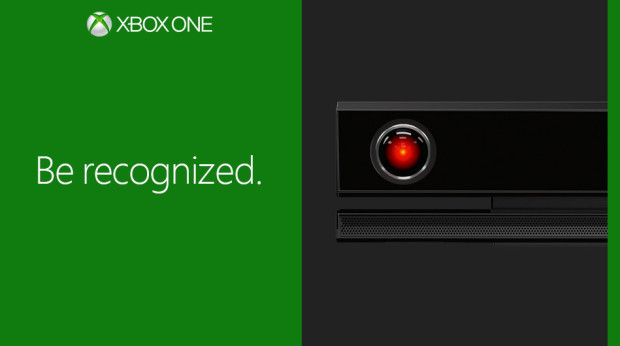 Microsoft has had a lot of negative publicity on its latest console, the upcoming Xbox One. While some of the complaints, such as the used game policy, do seem rather anti-consumer, requiring Kinect to be installed to use the console is baseless.

Gamers are saying that Microsoft will be spying on them. They point to the fact that not only is the device required to be connected, it's also always listening for the magic phrase: "Xbox On." They assume that listening for that phrase gives Microsoft a license to listen to your personal conversations in the room."Gamers are saying that Microsoft will be spying on them" That the camera is always pointed towards your seating area means that Microsoft is gathering information about what you're doing, regardless of whether the console is on or off. They say that these invasions of privacy are intolerable and Microsoft is making a huge mistake with the requirement.

And maybe they're right. But if they are, it's not because of the actual requirement, it's because of how Microsoft packaged it up and presented it to the public. Instead of leading with, "It only listens for a key phrase and does not record what you're doing or saying," they said, "Kinect is required to be connected at all times." That instantly sent up big red flags, especially in today's day and age, and put people in a panic.

"But they'll know my every move!" You know who else knows your every move? Google and Apple. Yet there aren't mobs of angry users with torches and pitchforks decending upon Mountain View and Cupertino. And while the Xbox One could theoretically record what you're doing while you're in the house, the two cell phone giants can record your entire life no matter where you are because nearly everyone has a smartphone nowadays.

Do you usually read the EULA before using new software? You may be surprised to learn that many pieces of software are spying on you too. How do you feel about this language, taken directly from the popular business locating app, Yelp?

Our servers also log information that your computer or mobile device provides to us in connection with your use of the Site, such as your browser type, browser language, IP address, mobile carrier, unique device identifier, location, and requested and referring URLs. ... If you terminate your account, we may continue to show some of your content in anonymized form. We may also keep personal information in our active systems for a period of 5 years (or longer if required by law) in order to ensure our ability to satisfy the authorized uses under this Privacy Policy.

And let's not even talk about all of the data that's freely given out on social media sites like Facebook and Twitter. Sure, many people say, "I choose what goes on the site," but that's really not even true. Regardless of whether you're on any social media sites or not, you have friends who are, and you have no control over what they post about you. If they post a single picture of you at a party, it's that much easier for companies and governments to use software and figure out who you associate with.

"You have zero privacy anyway. Get over it."As Scott McNealy famously said back in 1999: "You have zero privacy anyway. Get over it." Stop fighting the illusion that you do and enjoy the technologies available. Chances are if Microsoft does in fact use the Kinect to spy on you, they're going to be pretty disappointed when all they see is a pudgy guy in his underwear sitting on the couch across from them anyway.