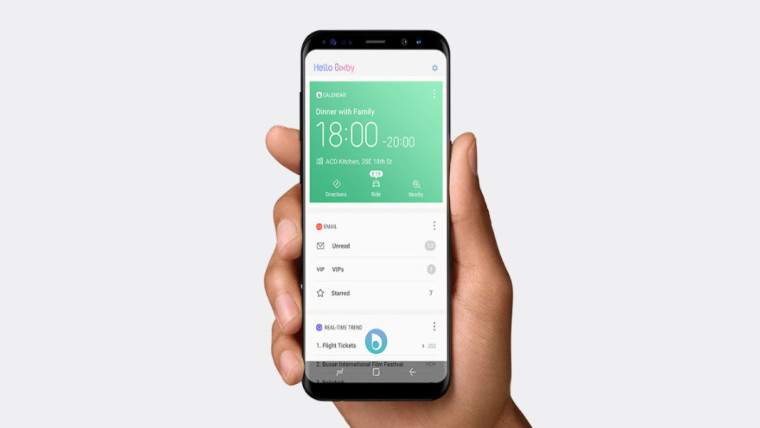 Samsung has reportedly encountered issues with implementing new languages into Bixby, the personal voice assistant released with the Samsung Galaxy S8 and S8+.

After a delayed US launch, Samsung has yet to release the voice feature officially in English and Chinese, despite the Korean version having been available since May.

The delays appear to be caused by a lack of resources on Samsung's part; specifically a lack of data and foreign language experts. A Samsung spokesperson stated that the company is "still working on improving the linguistic skills in order to provide a more advanced AI assistant that meets user needs.”

The difficulties come despite Samsung's acquisition of Viv Labs, the company that created Apple's Siri, last October. It is worth noting that the current version of Bixby was developed before the acquisition, and Viv Labs did not participate in its development.

An anonymous source that spoke to The Investor called Bixby's language capabilities "unsatisfactory" in comparison to rivals such as Amazon Alexa and Apple's Siri.

A preview of Bixby's voice feature is currently available for US users, while Samsung has not officially stated a launch date for the English and Chinese versions.

Source: The Investor via SamMobile |Image via Samsung