WikiLeaks founder and freedom of information campaigner Julian Assange has claimed to name the second country to be a victim of reported NSA phone-tapping through its MYSTIC program. They are supposedly using a cell-phone monitoring utility called SOMALGET to monitor calls placed in locations worldwide from the safety of the USA.

Earlier this week, The Intercept reported that 'virtually every' cell-phone call made from the Bahamas was being actively monitored by the NSA's MYSTIC and SOMALGET programs and added that another nation was also falling victim to the snooping. They did not name the second territory though amid fears that it could lead to increased violence. Now Assange is claiming that the country in question is Afghanistan, however, and says that the NSA stores and records nearly all phone calls originating from the nation.

SOMALGET is reportedly a sub-division of the much larger MYSTIC program. Whereas MYSTIC can only collect call metadata and is supposedly deployed in Mexico, Kenya and the Philippines amongst others, SOMALGET is capable of storing and archiving the actual audio from phone conversations. 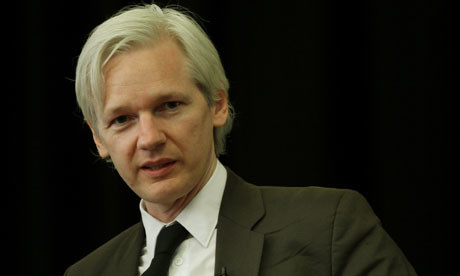 Assange did not disclose how WikiLeaks had ascertained that Afghanistan was the monitored country and instead cited that it had been "independently verified through forensic scrutiny of imperfectly applied censorship" to protect his source. He worried about how the NSA seemed to disregard the claims and noted that the Washington Post had originally disclosed details on MYSTIC back on March 18th. Since then, the USA has made no response to the allegations, however, except for to defend the program the day after the article was ran to the US Privacy and Civil Liberties Oversight Board.

The WikiLeaks founder is said to be worried that the censorship of a victim state's identity from foreign sources could directly assist the killing of innocent people such as the 'thousands of people' killed through suspected US drone strikes in Afghanistan, Pakistan, Yemen and Somalia. If these new allegations against NSA snooping are shown to be true, then there could be mass outcry in the affected nations and call for radical reforms to the way in which the USA monitors the data of its own citizens and that of foreign nations. Many Americans were already furious to learn last year that the NSA was capable of viewing their Internet usage through its PRISM program but perhaps the revelations of MYSTIC will stir even more unrest and result in the abolition of the NSA's data snooping - something that could be beneficial for all.

Source: WikiLeaks via PC World | Image via The Guardian