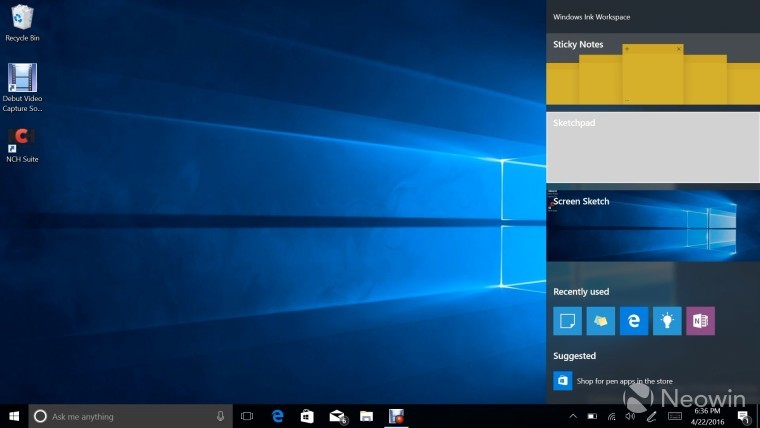 Earlier this week, Microsoft released Windows 10 Insider Preview build 14328 for both PC and Mobile. The build came just two days after Windows 10 Mobile build 14327, so there wasn't anything new to be seen on phones.

The PC build is another story. In fact, this build has so many new features that we'll be publishing a few separate hands-on videos.

One of the most anticipated features in build 14328 is Windows Ink. Announced at Build, it gives the user the ability to use their pen in a number of new ways, such as easily taking a screenshot and writing on it, marking up maps and photos, or just drawing and doodling.

Here is our hands-on video with the suite of features known as Windows Ink.