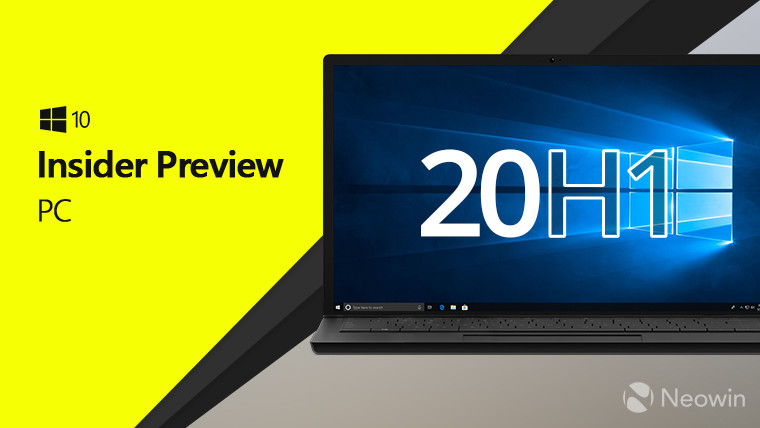 Today, Microsoft released Windows 10 Insider Preview build 19025.1052 to the Slow ring. There aren't any new features or fixes, as this cumulative update is something that's meant to test out servicing, something that's often done as a feature update nears completion.

This is an update for Windows 10 20H1, a feature update that's expected to be released in the first half of 2020. However, it's expected to RTM much sooner than that. A report from last month claimed that Microsoft is moving to a December/June release schedule, and 20H1 seems to be lining up with that. There haven't been any new features in weeks, builds are coming in fast, and in today's Fast ring build, the watermark was even removed.

At this point, we can probably expect Microsoft to begin testing out the next version of Windows 10 pretty soon. After all, 20H1 has been in testing since February, before even 19H1 was completed. With the 20H1 RTM build imminent, it seems likely that we could see 20H2 being tested soon, or even 21H1 if Microsoft rolls out its next feature updates in the same way it did this year.