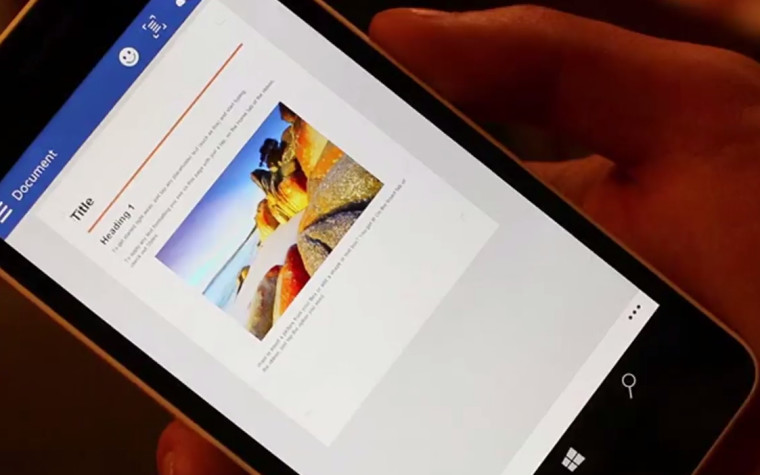 A new build of Windows 10 for phones has found its way outside the walls of Redmond and in this release the new Office Universal apps that Microsoft announced late last week have arrived. The build is 12544 and the video shows a complete walkthrough of the updates, although the voiceover is not in English.

In this build it looks like users only have access to Word and it is shown to work in landscape and portrait; to no surprise, the hamburger button is used for navigation in the top left. The rich text editing features of the app are shown as well and as you would imagine, it's a lot like using the desktop app, but on a phone.

In the video you can also see a walkthrough of other new features including some modifications to the way you change the images on the Start screen. It also shows off Spartan in this build but it does not look like there are many significant changes.

If you spot anything else new, let us know in the comments below but this video should give you a good look at the new Windows 10 Universal Word app for phones.