Piracy is viewed as a big problem for content producers, who feel that they're losing out on potential sales every time a song, movie, TV show, or whatever, is downloaded free over file-sharing networks or viewed on unauthorized streaming sites.

Like other content makers, HBO - the US cable network behind hugely popular series like Sex and the City, Veep, The Leftovers, True Blood, The Wire and many more - is concerned about piracy of its shows. Just this week, HBO began targeting those who had downloaded the first four episodes of Game of Thrones, which leaked earlier this month. 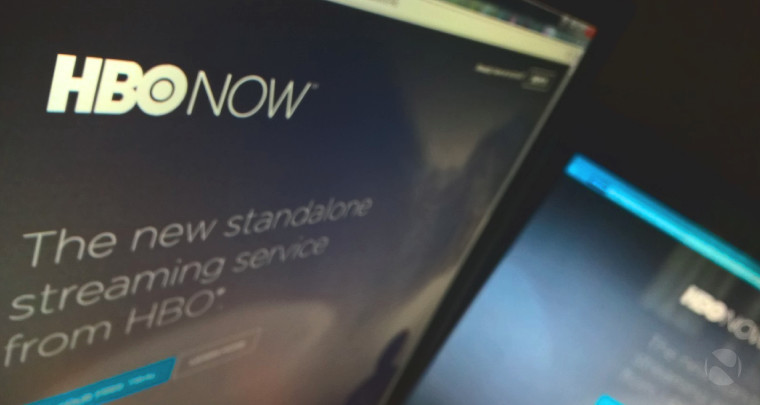 But there are plenty of people around the world who don't want to download illegally, and who are willing - even eager - to pay for content, but who are forced to wait while rights holders negotiate distribution deals in their local markets. Some of these people use virtual private networks (VPNs) and geo-unblocking tools to allow them to access services as paying customers, even when they live in other parts of the globe.

HBO is now on the warpath against such users who live outside of the US, but who are using these tools to enable them to pay for access to its new HBO Now subscription service, which launched a couple of weeks ago. The company has been sending email warnings to thousands of these paying customers, as TorrentFreak reports.

"We would like to take this opportunity to remind you that the HBO NOW streaming service is only available to residents of the United States, for use within the United States," the email states. "Any other access is prohibited by our Terms of Use." 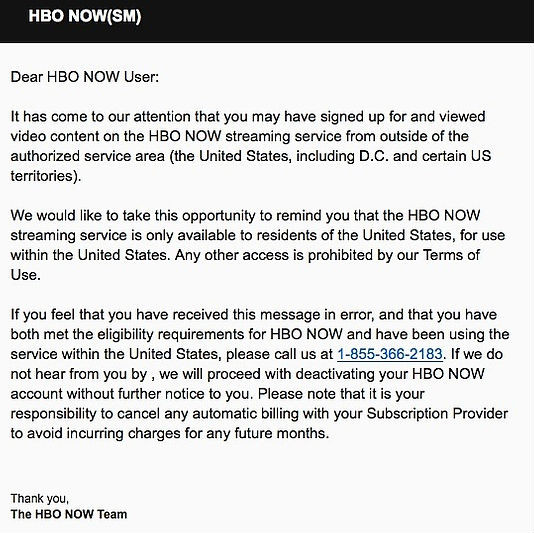 The message - which has been received by users all over the world, including Canada, Australia and across Europe - goes on to say that the company "will proceed with deactivating your HBO NOW account without further notice", unless those users can demonstrate that they do in fact live in the US.

It adds that "it is your responsibility to cancel any automatic billing with your Subscription Provider to avoid incurring charges for any future months", which implies that HBO will continue to collect payment, despite the account being terminated, if you don't cancel any recurring payments that have been set up.

Of course, HBO is acting to protect not just its own interests, but those of its partners around the world. In the UK, for example, HBO has an agreement in place with leading TV provider, Sky. A large proportion of programming on its premium Sky Atlantic channel comes from HBO, as part of a five-year £150m exclusive content deal, and HBO can't be seen to be accepting revenues directly from UK customers at the expense of its partner.

However, not every market has this kind of deal in place - and even in those parts of the world that do, not everyone wants to sign up for a full package of TV channels just to watch a handful of shows.

But given that HBO won't accept direct payment from potential customers outside of the US who are actually willing to pay for its content, it seems likely that many users will simply resort to downloading its shows free instead.