However, Microsoft's Gabe Aul emphasized that gamers, as well as those who use accessibility software on their PCs, should take note of the known issues in this new build before upgrading: 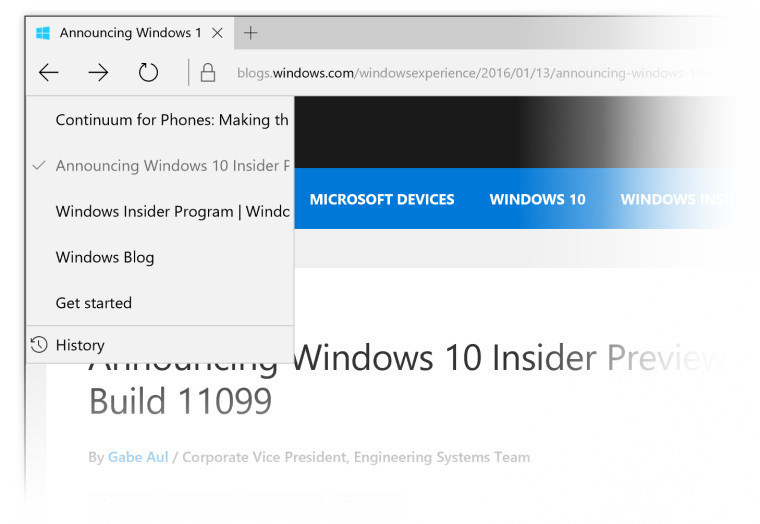 If you can live with those issues, and you're upgrading to build 11102 today, you'll have something to look forward to in Microsoft's Edge browser. The new build allows you to right-click on the Back and Forward buttons in Edge to get a quick-access menu of recently-visited websites.

Other than that, there are no other new features in 11102, and as Gabe recently mentioned, you shouldn't expect many new features in the next few builds either, as the company is focusing primarily on structural improvements to the OS for now.