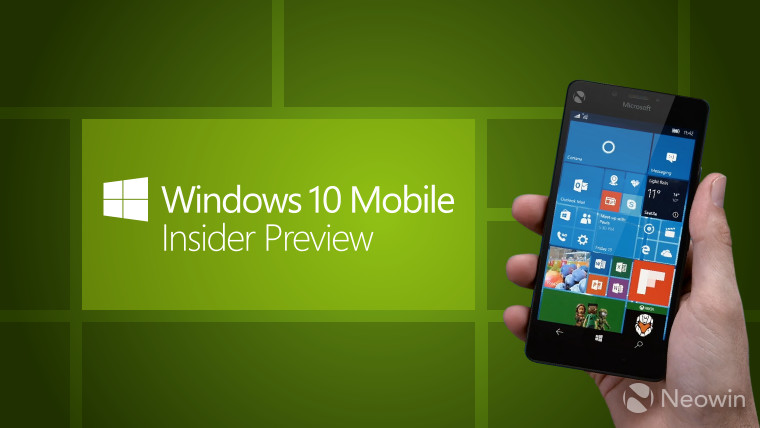 Last Friday, Microsoft released Windows 10 Mobile Insider Preview, build 15208, to the Fast ring. Today, it's following up with a further release, build 15210 - but there's not much to get excited about.

15210 is the fifth build to emerge from the Windows 10 Mobile 'feature2' branch, which Microsoft recently split from the main Windows 10 Redstone 3 (RS3) Development Branch, which will eventually lead to the next major update to the OS in September. The latest PC preview, build 16188, was also released from the RS3 branch today, and includes a range of new features - but the list of changes for the new Windows 10 Mobile preview is much shorter.

Both of those issues were present in build 15208 last week, but two other problems - including random shutdowns on some devices - have since been resolved.