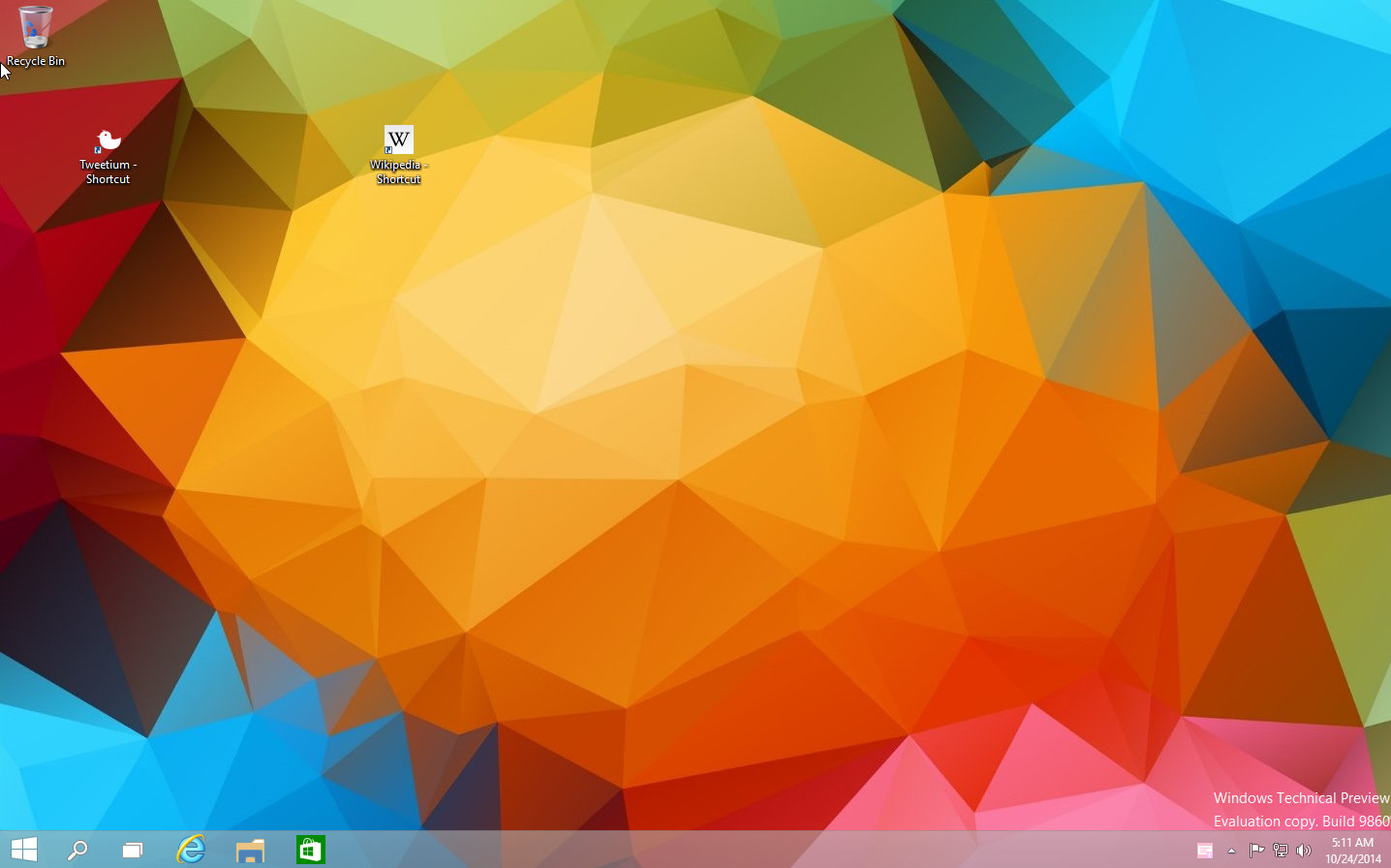 Microsoft has pushed out an update for Windows 10 that brings the build number to 9860 and with it, there are several improvements over the last build, 9841. One such enhancement is the ability to place a shortcut on the desktop for modern apps.

In the previous build of Windows 10, 9841, you could create desktop shortcuts to modern apps but only for those that shipped with the OS. Third-party app shortcut support was not yet working but that has been changed in the latest build, 9860.

This is a small improvement but for those of you who use modern apps frequently, this will be a welcomed update for the OS.

With over 7000 improvements with build 9860, there are likely a lot of changes that were not announced by Microsoft. If you happen to find anything new, make sure to send us a tip.

Thanks for the tip Adeel!