Ever since Microsoft released the KB5000842 update for Windows 10, it has been causing more problems than it fixed. First, it caused game performance issues along with update KB5001330. Now, Microsoft has released another advisory that "A high-pitched noise might be heard when using 5.1 audio with certain settings". Affected platforms include consumer versions of Windows 10 version 20H2 and Windows 10, version 2004. The issue does not occur when stereo is used. 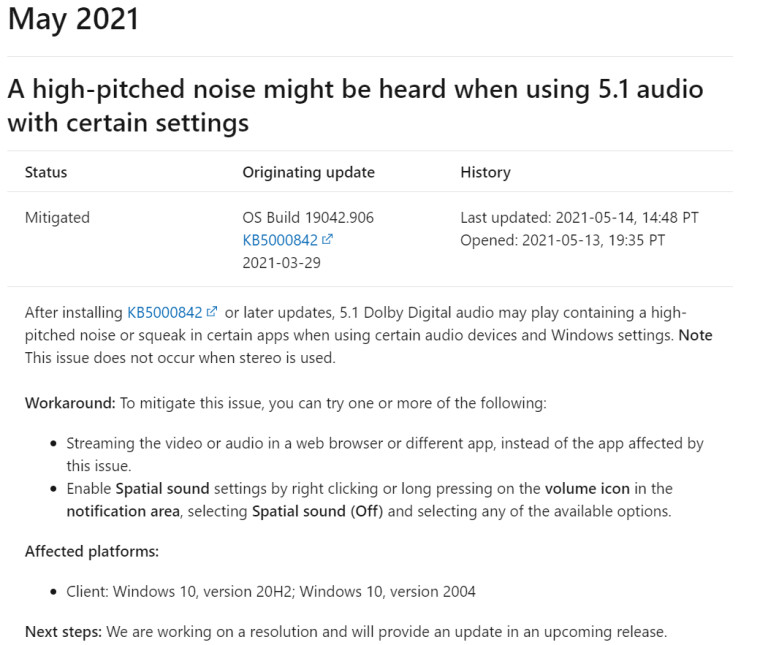 Microsoft says it's aware of the issue and is investigating the same. Till a fix is released, Microsoft has provided two temporary workarounds:

Microsoft says it's working on it at the moment but has not provided any timeline for a proper fix.