During the lead-up to launch, one of the more talked about Windows 7 features was the new Device Stage. The idea behind the Device Stage was to allow Microsoft’s partners to build unique and branded ‘stages’ for their devices, and to improve the end-users’ experiences with those devices by providing one-stop, easy access to relevant software (including synchronization), websites, manuals and guides, and support information – all on the one ‘stage’. Microsoft points out Kodak, Canon and Sony Ericsson as some of the device manufacturers that have really taken advantage of the Device Stage, however up to now, this Windows 7 feature has been poorly used and often forgotten about by many device manufacturers. 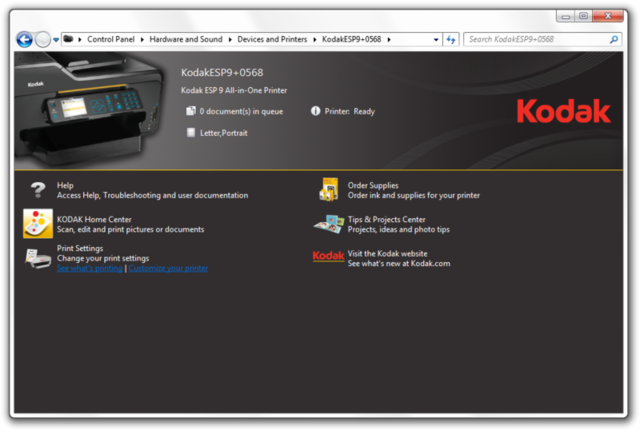 Kodak is one of the few device manufacturers that has used Device Stage well. Source: Wikipedia

Last week, Microsoft announced (via The Windows Blog) that it was releasing a new tool – the Device Stage Visual Editor – described as an “extremely easy” way for device manufacturers to build Device Stages that include “realistic device icons, eye-catching branding, and tasks tailored to the needs of their customers”. According to the article, the tool enables a faster prototyping experience, and gives the device manufacturers an “instant preview” of the end-user’s experience. 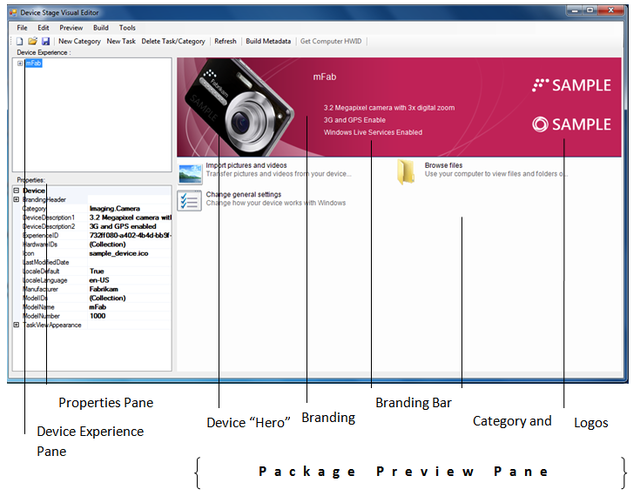