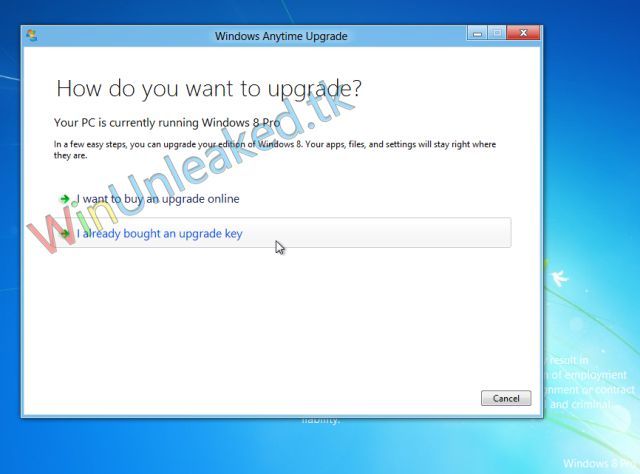 Earlier this week, we reported that WinUnleaked.tk had managed to get a hold of a new internal build of Windows 8. The site posted new screenshots from the build, and revealed more information about Windows 8, including the possibility of the release candidate version going live in late May or early June. 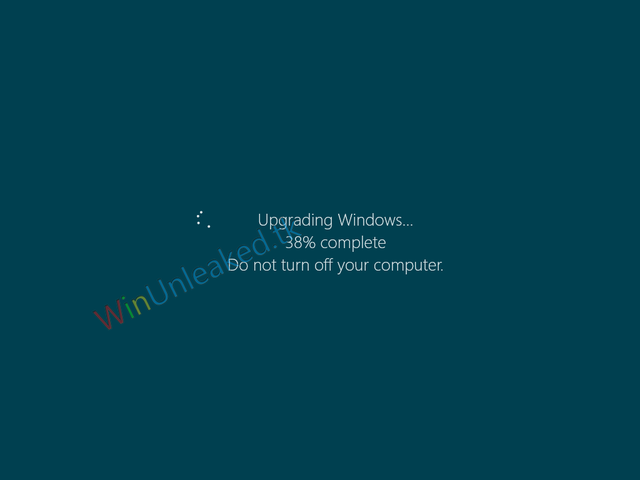 Now the same site has posted up a new batch of screenshots, this time showing the process Windows 8 might follow when a user decides to upgrade it from one SKU to another. In this case, the screenshots show how the Pro SKU can be updated to the ProfessionalWMC version. The site says it stands for 'Professional with Windows Media Center', but the branding on this particular build states it is called 'Windows 8 Pro Pack'. 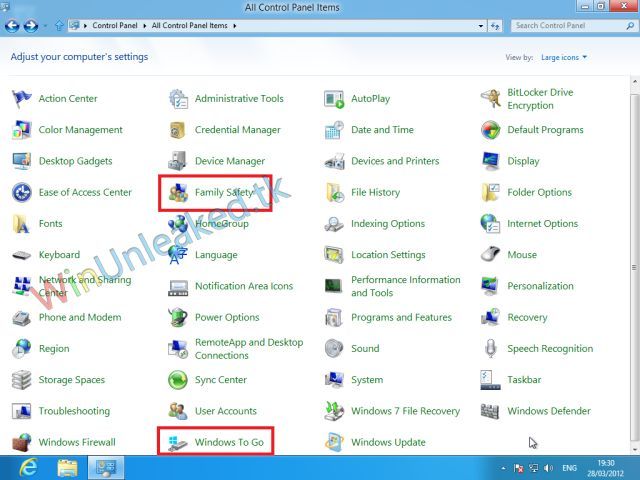 The site has also posted some screenshots after the upgrade is completed. In addition to Windows Media Center, there's another new option shown in the Control Panel called Family Safety. WinUnleaked.tk also says that Windows To Go with Storage Spaces is also still a part of this new ProfessionalWMC/Pro Pack SKU.