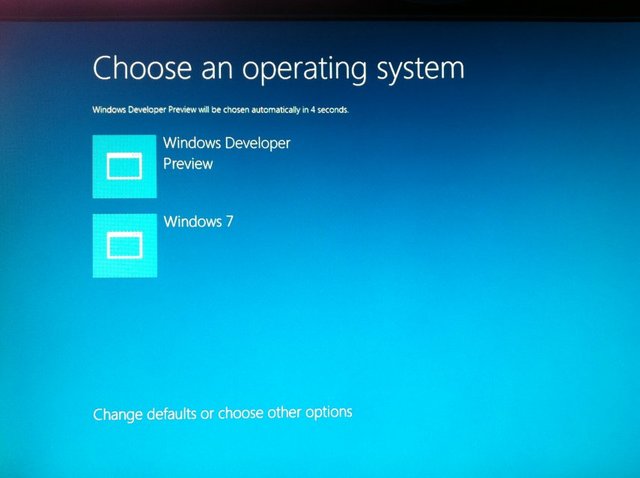 With the unveiling of Windows 8, there have been many new features that were not initially shown off when introduced. One small, but unannounced feature, was a new boot manager.

The image above shows off Microsoft’s new Boot Manager which, unsurprisingly, is designed to use the Metro design language. The new interface, while simple and clean in its design, offers the basic functionality that you would expect from a Boot manager.

Microsoft really did work to bring Metro to every aspect of the new platform. Considering that the Boot Manager is not used by many when compared to other features, they did take the time to update the look and feel of the Boot Manager.

This is just one of the many new features that will be uncovered over the coming days. We have exhaustively been covering Windows 8 and you can find a helpful guide to the news we have covered here.

Thanks for the tip M.F.D.K