A user over at My Digital Life forums has posted a number of Windows 8 Developer Preview Language Packs put together by using files from Windows 7 SP1, with the latest (German pack) going up early this morning and shown to be working. 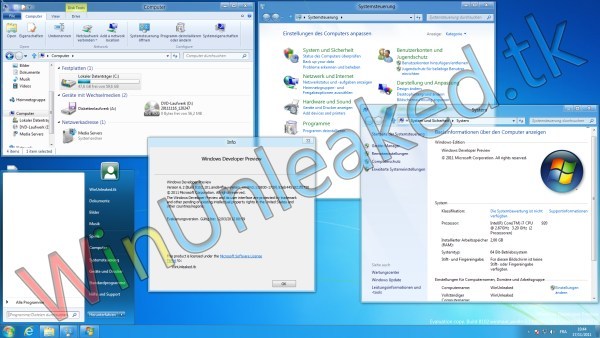 So far, the French, Spanish, Italian, Portuguese, Hungarian and German packs have been made available for use with the Developer Preview and all have been hosted on the popular file sharing host FileSonic; both x86 and x64 versions can be downloaded.

Only the French language pack appears to be genuinely from Microsoft, again coming from the same person who seemingly is able to get his hands on all things Windows 8 well in advance of everybody else.

It's unclear if any more packs will be made available in other languages, but they are being requested, so it's anyones guess at the moment. You can keep an eye on this website, which is where they are being added.

If you're using Windows 8 as a semi or primary choice of OS, then this might be worthwhile to you for your native language, but as always, install at your own risk!