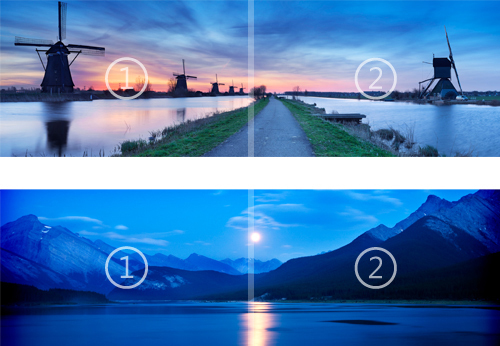 The launch of the Windows 8 Consumer Preview version last week introduced the public to a number of new features that had not been seen before in previous Windows releases. One of them is purely for visual pleasure but also very cool; it's the ability to take a desktop wallpaper and have it stretched so that one theme is shown on two monitors.

The blog also points out that if you have a Windows 8 theme with the auto color setting, you can "smoothly and automatically shift the Windows desktop glass and taskbar color to match the dominant color in whichever background image is currently being displayed."

Finally, if you have two monitors running Windows 8, you can also set up a different Windows 7-based background on each monitor. In Windows 7, you could only use the same background with two monitors.