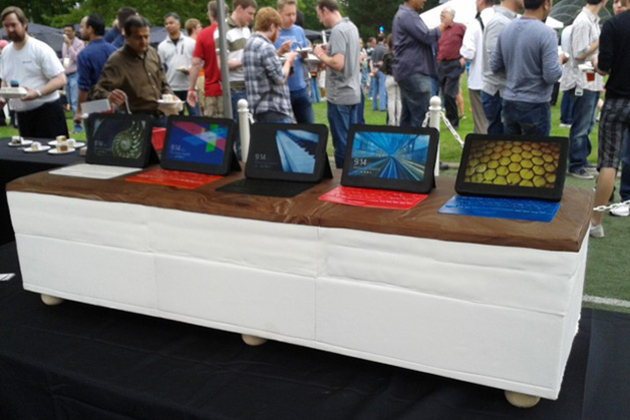 Microsoft knows how to reward their staff. After finally reaching the RTM milestone for Windows 8, they decided to have a giant cake baked to celebrate. The cake was made up of a table and five surface devices sitting on it, all with various screenshots of the lock screen.

Make what you will of any “fully baked version of Windows 8” jokes, as the party represented two years of development for the touch oriented Windows 8 interface, along with the changes that have been made under the hood to improve performance and system stability.

It’s not the first time Microsoft has done something with their staff to celebrate the release of the newest version of Windows. They toppled 7000 dominoes in their Hyderabad centre in India following the release of Windows 7.

Is anyone else a little peckish for cake now?