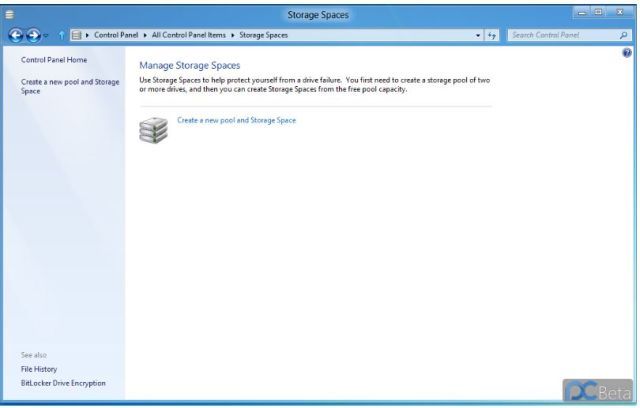 Windows 8 screenshot leaks, particularly from China-based web sites, seem to be coming fast and furious now. A site called PCBetacom.com has now posted up some screenshots showing a new feature called Storage Spaces.  The option has been previous revealed back in September but has never actuallyy been seen until now. It seems this new option is being added for people who want to recover in case of a hard drive failure. 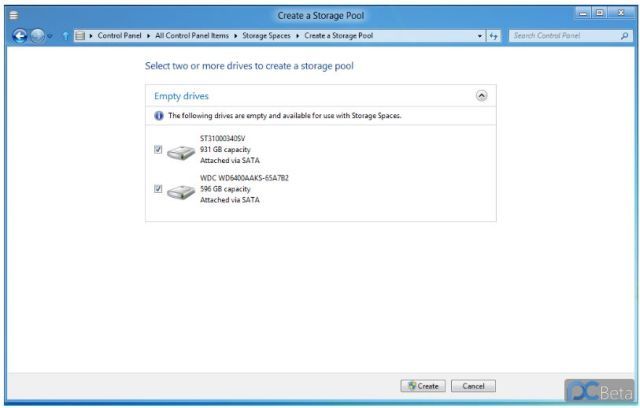 According to the screenshots, the Storage Spaces feature seems to require at least two hard drives in order to work. Windows 8 owners will have to select which drives to use. Then you can name the storage space as well as the drive letter. If you have two hard drives on your PC, you can select the 2-way Mirror selection from the Fault Tolerance menu. The idea is that your files in the Storage Space will be safe if one of the two main drives failed. If you have three hard drive you can select the 3-way Mirror option to protect your files if, by some massive bad stroke of luck, you have two of the three drives fail in your PC. 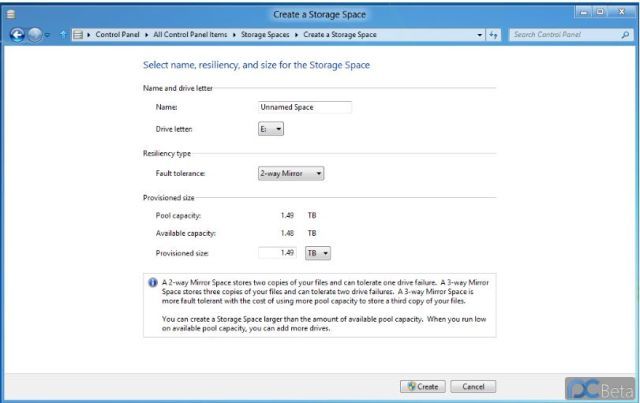 The screenshots also allow you to select how much your Storage Space can hold. After that's done the free storage capacity is used for the Storage space feature. 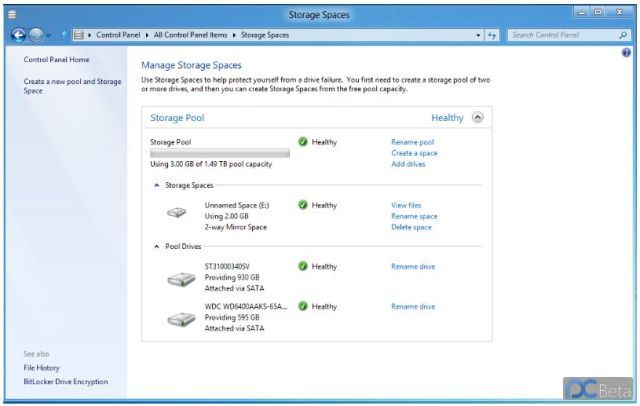 This is an interesting new feature, especially for those growing PC owners who have more than one hard drive inside their rigs. Obviously there's only so much info about Storage Spaces that one can figure out based on screenshots of menus but Microsoft will almost certainly discuss this feature officially in the coming weeks and months. Microsoft has already talked about how Windows 8 will handle large (over 2 TB) hard drives in a recent blog entry.

[Update] It looks like this information isn't entirely new, but hey, it's still pretty exciting!