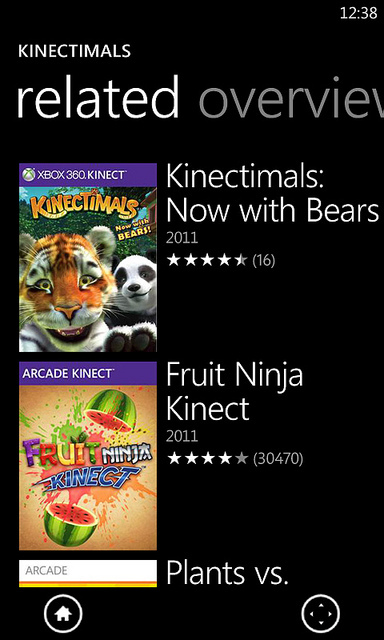 Microsoft's Xbox 360 division will have a big day on Tuesday as it launches its new Dashboard user interface worldwide. Owners of any Windows Phone device will also be able to participate in the launch on Tuesday via the release of the long awaited Xbox Companion app. As revealed on the Major Nelson web site, the free app will be made available on the Windows Phone Marketplace.

The app will allow users who own an Xbox 360 console to search via Bing for games, movies, TV shows, music and more that is available to access on the gaming console. Xbox 360 owners will also be able to use the app to see which games and other content they have recently access on the console.

Any of your Xbox 360 friends' activities can also be checked out via the Xbox Companion, including features like recent game activity, any Xbox 360 achievements they have earned and more.

The Windows Phone device can also be used as something of a remote control for a connected Xbox 360 console. Users will be able to launch a game, video or app on the Xbox 360 via the app. Video can also be controlled with play, pause and more available on the app. The dashboard itself can also be navigated via the Windows Phone program. Sadly it doesn't appear that the Xbox Companion will be able to substitute as an actual game controller, at least not in this version.