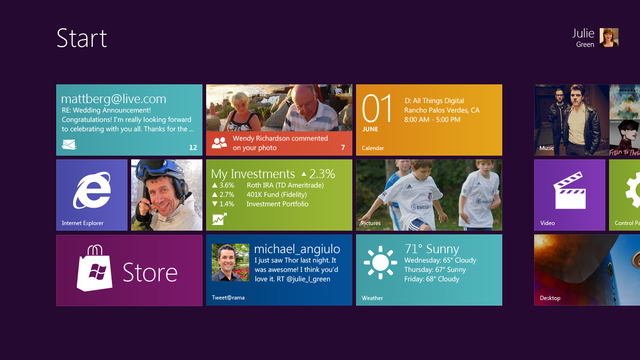 Today at an AllThingsD event, Microsoft showed off their all new Windows 8 interface for tablet based PC's, based on the metro design language we've seen in the Zune software as well as on Windows Phone 7. The new operating system strives to provide a experience that suits the form factor and is easy to use, unlike previous versions of Windows on tablet computers. 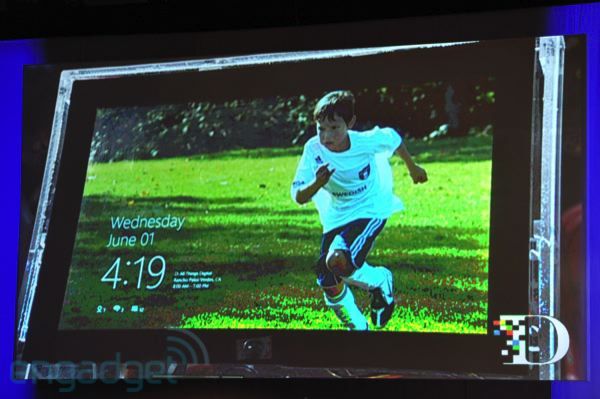 The new tablet UI is entirely tile based, and AllThingsD says that, "At the heart of the new interface is a new start screen that draws heavily on the tile-based interface that Microsoft has used with Windows Phone 7. All of a user’s programs can be viewed as tiles and clicked on with a touch of a finger." The tablet OS will be able to run conventional Windows applications and specialized tablet PC Windows 8 applications that will be written in HTML5 and Javascript, and will run inside of Internet Explorer 10 which is pre-packaged with the OS. 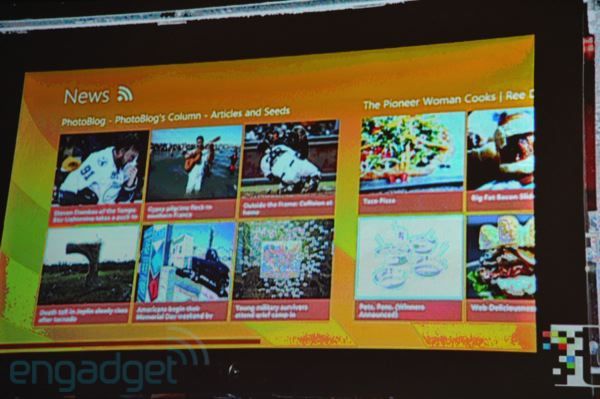 All applications will run inside of the tablet UI, which will have a task bar style bar down the right of the screen at all times. The "start screen" clearly shows a Microsoft store, a feature previously rumored to be coming to Windows 8, which is essentially now confirmed.

Microsoft also said that "after decades of ever-increasing system requirements that characterized Windows releases through Vista, Microsoft is once again building an operating system that demands fewer resources than its predecessor" which is fantastic news for consumers and enterprises hoping to use Windows 8.
At the D9 event today, Microsoft said they they also realized how important social networks are to people, and will be keeping this in mind with Windows 8. We assume this means some sort of built in social networking support. The company also confirmed that tiles have replaced the start menu in this form factor. Windows 8 includes multiple types of keyboards -- which are very Windows Phone 7 styled -- including a split keyboard for vertical slates. 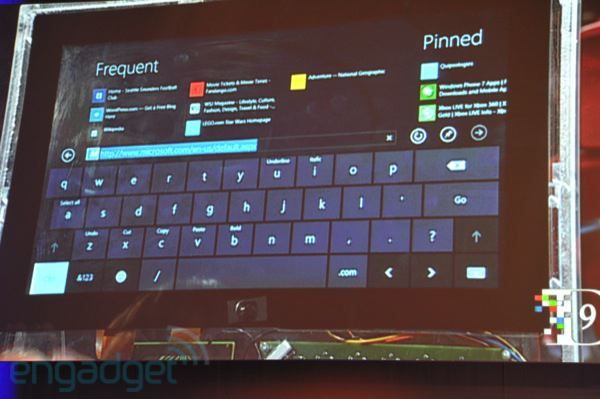 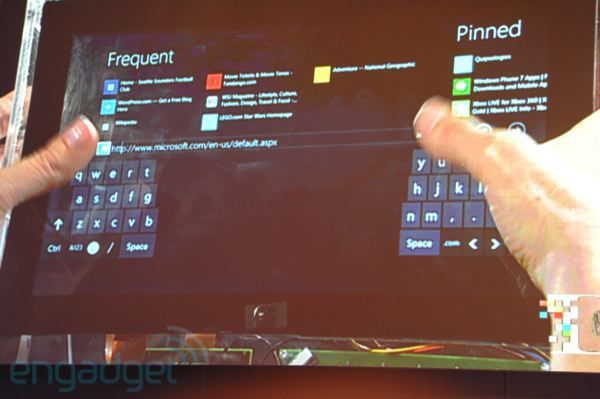 It appears that Microsoft allows the normal desktop experience to be shown as well, with the company opening an Excel spreadsheet in the demo and the tablet reverting to the normal Windows shell. In saying this, the immersive UI is only one step away and can share the desktop with the normal Windows shell, too. Engadget noted that "Kara (All Things D) seemed fairly upset that Office still takes you back to what's effectively a Windows 7 interface; the Microsoft team seems to think that Office will be lagging behind when it comes to a refined interface." 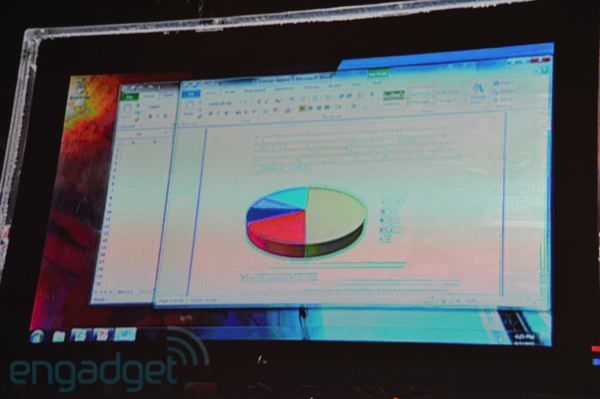 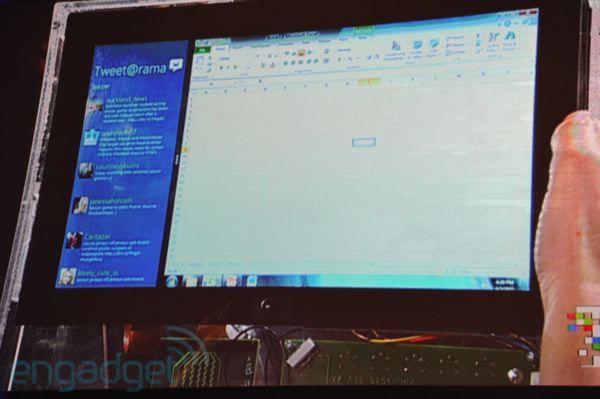 It appears that the tablet UI can run on "normal" PC's too, with a Thinkpad X220 showing off the new UI being on stage. 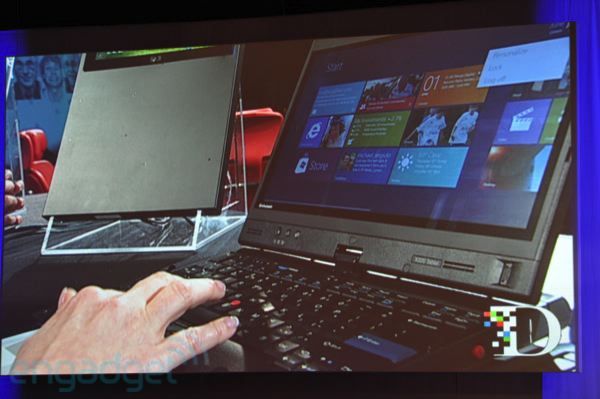 Microsoft confirmed that more would be seen at their developer conference -- "Build" -- in September, and that the company will be releasing developer tools that allow developers to build apps that fit in with the new interface. Steven confirmed the Windows key will be staying in Windows 8, but for tablets and touch screens it will be remapped to return the user to the home screen rather than the traditional start menu.
It's worth noting that this will only be available on tablet PC's, and that Windows' normal interface will continue to exist on desktop PC's and other form factors.
A press release just showed up on Microsoft's site, confirming Live Tiles as a part of Windows 8 with full notifications (similar to Windows Phone 7 style). The company keeps stressing that Windows 8 is only a codename used internally... perhaps we'll see a new name again this time around? During questions, Steven confirmed that Windows 8's browser has built in silverlight support and is IE10 by default. He also confirmed that one of the tablets was running an Intel Atom processor. Steven also confirmed Microsoft's next generation web services -- Office365 -- will be integrated to Windows 8.
The press just asked if Windows 8's tablet UI is "another layer" and Steve says no, it is built right into Windows and is different from anything seen previously for tablet PC's. When asked about OEM's being able to hide the "old house" (the desktop), Steve said that "No, you can't turn "the desktop" off, it's just part of the way that it works. It's always there. The code is there."
Microsoft wouldn't pin down a release date when asked, with Steven only saying "right now, we're focused on getting the release done, and the next milestone is the developer conference in September. We're aiming to keep new Windows builds coming every two the three years. I can tell you it won't be this fall." The company also showed off the tablet interface on video, here.