Windows 8.1 may add a number of new features to Microsoft's latest OS, but it is also removing some features as well, such as the Messaging app. Now it appears the public preview of Windows 8.1 has put an end to a feature that was originally put into Windows Vista back in 2007. 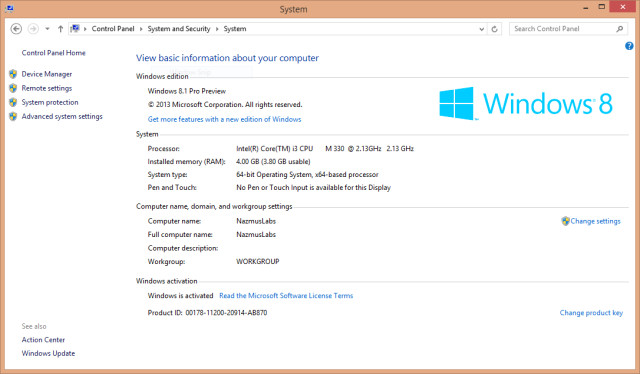 As spotted by McAtkins Online, the preview build of Windows 8.1 does away with the Windows Experience Index, which was set up by Microsoft to give PC owners a quick way to determine the overall hardware performance on their computer. At the time of its introduction over six years ago, Microsoft indicated this would provide an easier method to find out if a software application would be able to run on an owner's PC.