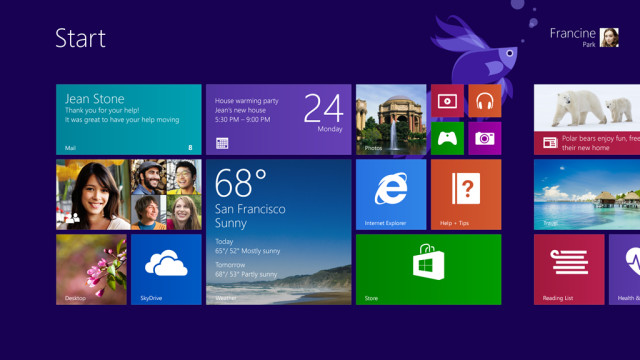 Later this month, on the 12th to be exact, Microsoft will be releasing an update that is said to be called the "August Update"; as many of you who have been following the rumors know, it was previously referred to as Update 2.

We have already heard, multiple times, that this next update will be rather small and will likely be ushered in without much noise, but that was not always the plan. According to our good friend, Mary Jo Foley, the mini Start menu was supposed to be included in this update but was pulled several months ago, in favor of including it in Threshold. This makes quite a bit of sense as we have heard that Microsoft wants to move on from the current Windows release to make Threshold feel more like Windows 7, with just the right amount of Windows 8.1 tossed in.

The idea is that if they can make Windows 9 feel more like Windows 7/XP, it will make the transition easier for legacy users but they, by no means, want to do away with Modern apps. The apps will live on but will also be able to run on the desktop in a window.

The update is said to bring various UI enhancements when it arrives, but they will be minor, so do not expect any sort of massive visual overhaul here.

As previously said, the update will arrive in twelve days' time, which means we won't have to wait too much longer to hear more about the update as Microsoft is expected to announce details about it some time next week.