Microsoft’s been talking about the cloud a lot lately. It’s meant to revolutionize computing by making your information, and even applications, available to you anywhere in the world and from any device. Some may argue that they already have what they need from the cloud. There’s Flickr (and many others) for photos, Dropbox (and again, many others) for file sharing, and our email and contact information have been in the cloud since the invention of web-based email.  So what differentiates Microsoft’s latest offering from the competition?

The latter two features are very much underrated and didn’t receive a lot of press during release. As anyone that regularly uses two or more PCs can tell you, features like these are a godsend – saving time and effort. 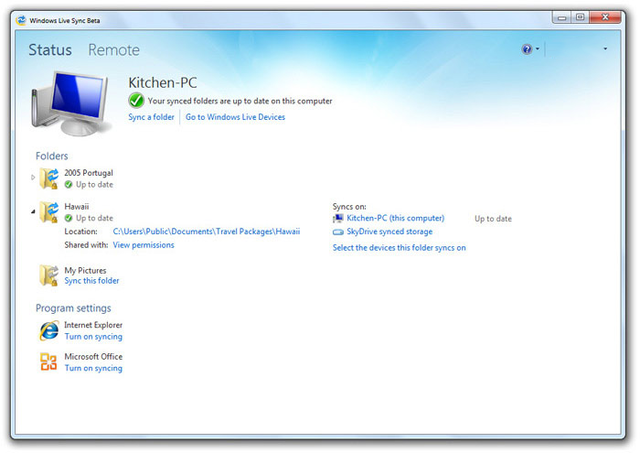 No product is perfect however.  Windows Live Sync beta has many great features, but there are still many more that could be implemented. Perhaps the biggest flaw of the software is that it doesn’t have the ability to synchronize a user’s Windows settings – such as wallpapers and themes, user account pictures and taskbar settings – so it looks like the dream of having instant-access to your desktop from anywhere is still a long way off.

Windows Phone 7 is also set to get a variant of Windows Live Sync, but at this time there’s no news about what features that’ll contain and it’s not expected to be ready for launch. As for Microsoft’s other device in their three-screen strategy, the Xbox, there hasn’t even been a mention of synchronization features (such as saved games) coming to that platform.

It’s been around 45-days since the release of the first Windows Live Essentials 2011 beta, and with the release of second beta rumored to be coming as soon as Tuesday, it’ll be interesting to see what else Microsoft decides to synchronize with this very handy application over the next few months, as well as into the future.