SteamVR is now an official part of Windows Mixed Reality with the announcement today that Valve's VR platform is now compatible with Microsoft's technology.

While compatibility testing has been ongoing in beta state as part of a closed developer preview, that preview is now available to anyone with the hardware via Steam Early Access, giving users access to all of the content currently available with SteamVR.

To get started, you'll need a Steam account, SteamVR, and the Windows Mixed Reality driver. Microsoft said that minimum PC requirements are on a per-title basis, but running SteamVR with at least a GTX 1070 video card and an Intel Core i7 processor, while using the latest Windows 10 Fall Creators Update, offers the best results. The SteamVR performance test will give you a good indicator of how your system matches up.

Once you are set up, Valve offered the following guide for the Windows Mixed Reality controllers: 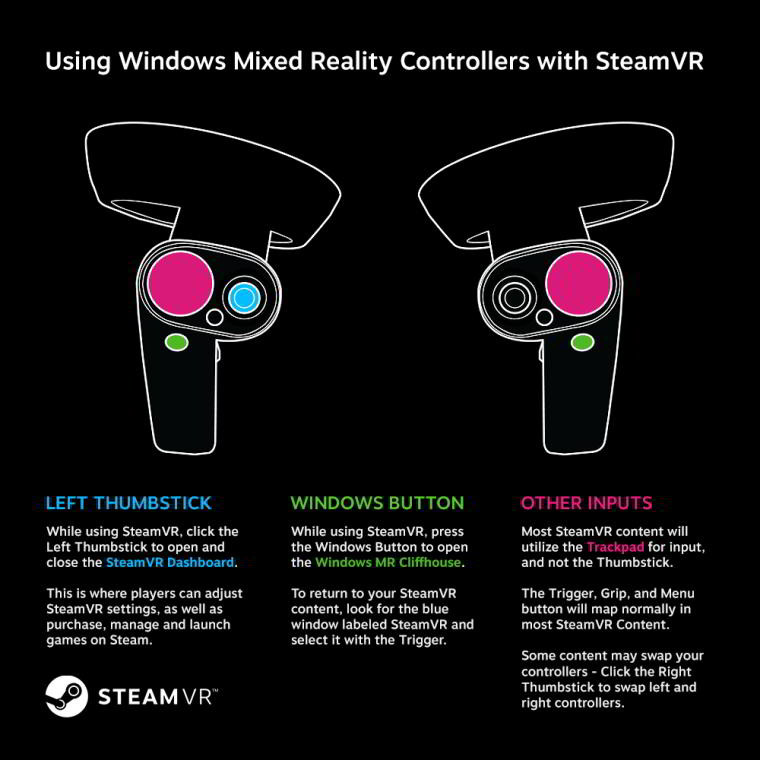 The following headsets and associated controllers will work with SteamVR and Windows Mixed Reality:

There are still likely to be some hiccups given the beta status on Early Access, but at least everyone can give it a try now, other than just developers.