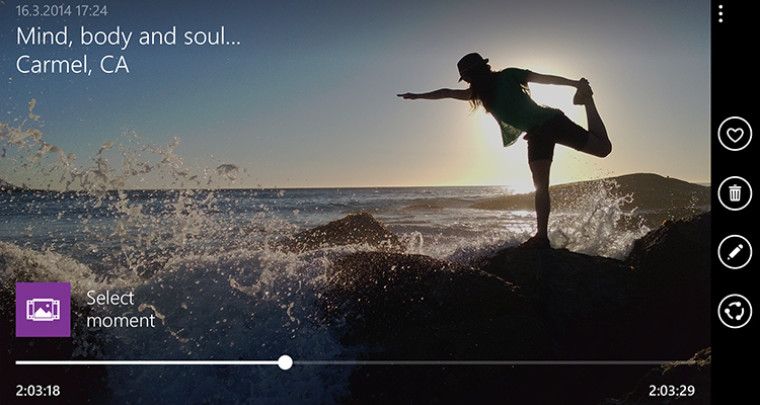 Microsoft's Lumia Camera will be available for devices made by all OEMs, running on Windows 10 mobile.

Camera performance on Windows Phone is quite slow compared to other platforms, and to address the situation, Microsoft had updated the Lumia Camera app with the Denim update. However, smartphones from other manufacturers were left out due to the exclusive nature of this app.

Now, it seems the Lumia Camera app will not be limited to Microsoft's own devices starting with the next version of Windows for phones. According to Twitter user Jesse Leskinen, who already has the app installed on his ATIV S, the app could replace the stock camera altogether.

@Daniel_Rubino Internal Beta on my ATIV S (Dog is scared of the car btw) pic.twitter.com/Xby5ev2GHn

The Camera Beta app, which was installed by Jesse, is reported to be the same as the Lumia Camera app from the Denim update with some of the features disabled, or absent due to incompatible hardware on the ATIV S.

Microsoft will be unveiling consumer features of Windows at an event on 21st January, and the mobile version of Windows 10 is expected to make an appearance as well. We may know more about the camera changes at this event too, we'll be there to bring you the news.