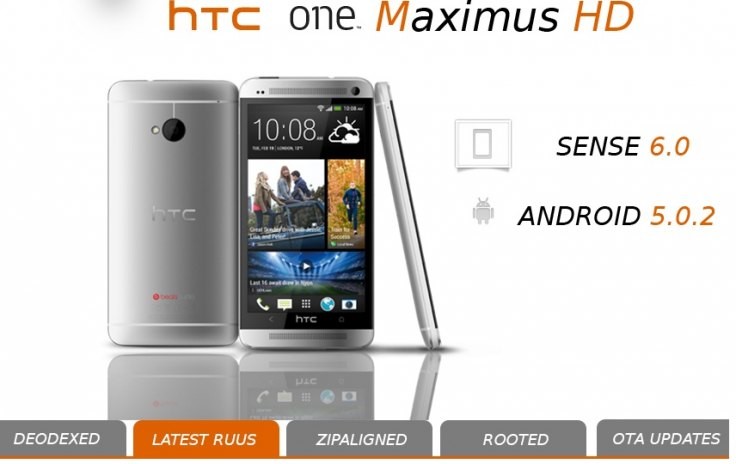 If you're still rocking a first generation HTC One M7 and are feeling both a little left behind, but at the same time confident enough to root your device then we have some good news. Android Lollipop 5.0.2 has been ported for the M7.

It should be noted that the last generation HTC One M7 is on the cards to receive the Android 5.0 Lollipop update, so you should definitely check if your handset is supported before attempting this custom ROM update.

Recognised XDA developer LlabTooFeR has confirmed in a Tweet the availability of his heavily customised MaximusHD ROM (version 50.0.0) for HTC's first gen One series flagship smartphone, the M7. The updated version of the MaximusHD ROM is based on Android 5.0.2 Lollipop, and includes Sense version 6.0 and build number LRX22F.

Widely believed to be one of the best custom ROMs out there, MaximusHD is quite fast and stable with noticeable battery performance. The ROM has also been tweaked to offer optimum performance. After installing the custom firmware, users will not have to root it as it is already rooted. Apart from this, it brings Google Material Design and several improvements for the camera and battery.

If you want to update your HTC One M7 with the MaximusHD ROM featuring Android 5.0.2 and Sense 6, head over to XDA for the installation guide and feedback from other users.

Your HTC One M7 should now be updated with the MaximusHD ROM. Head to Settings > About phone to verify the new Android software version.