We earlier saw some leaked screenshots of Windows Mobile 6.5 build 21159 which showed some changes in the user interface. One such improvement was that of the Windows Media Player

This seems to be an improvement of the soft key menus in the Windows Mobile interface. It is best understood when we compare the old and the new interface 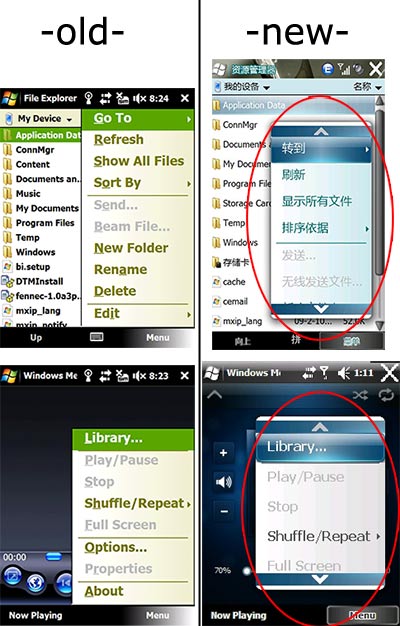 One more thing to note is how the highlighted items now have a glassy look to them. Notice the Application Data in the screenshot below 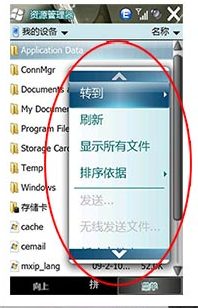 Below are some screenshots of the new honeycomb interface 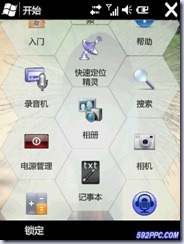 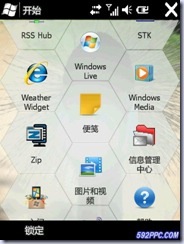 And the new look of the dialer 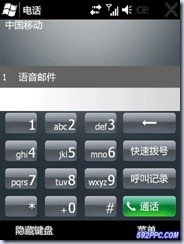 Oh, did you notice the background of the honeycomb interface, its still the (cute) bird!