The often-forgotten (even by Microsoft) update to legacy Windows Phone devices, Windows Phone 7.8, has faced its fair share of delays and issues, but now that it's readily available for a number of devices 7Tutorials managed to take a look at how it performs. Using a Nokia Lumia 800 both before Windows Phone 7.8 was installed, and after the most recent live-tile fix was applied, the site ran a number of tests to determine whether the updates were only cosmetic. 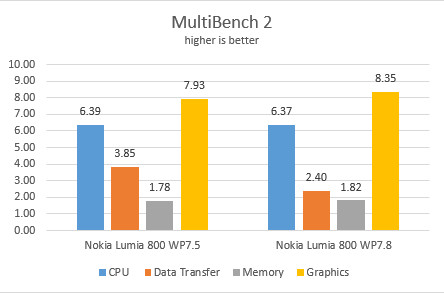 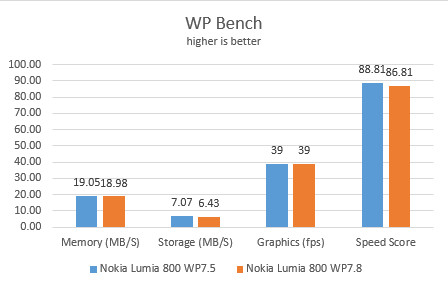 Unsurprisingly, the site concluded that Microsoft hasn't included any performance improvements, simply focusing on porting a few basic features from Windows Phone 8. In the benchmarks there were no meaningful differences in the speed between WP7.5 and WP7.8, with most results from synthetic benchmarks, browser benchmarks and boot times falling within 2% of each other.

It's quite possible that Microsoft explored performance enhancements for Windows Phone 7.8, however the slow single-core Qualcomm processors coupled with 512 MB of RAM used in legacy devices leave little room for speed improvements. The operating system is still very smooth to use despite the lack of any notable differences from the last major update, and it's looking likely that we won't be seeing any further software updates for these devices.