With Microsoft's 2014 BUILD developer conference now just over a week away, it seems likely that the company will offer a lot more info on its Windows Phone 8.1 OS update during the event. Today, a new report claims that a phone with that OS will launch soon after the BUILD conference, 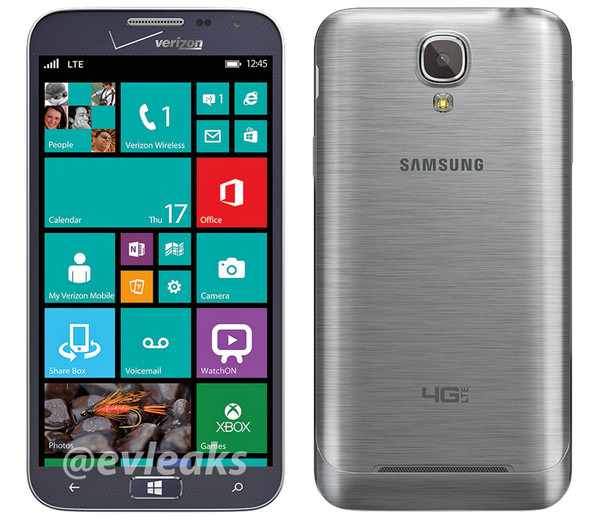 WPCentral, citing unnamed sources, claims that the Samsung ATIV SE smartphone will go on sale April 18th via Verizon Wireless in the US. The same report says that the phone will have an off-contract price of $599. It's likely that it will be sold via a two year contract as well but the report claims they don't have a definite price for that option yet.

Very little is known about the phone, although Internet gadget source "evleaks" has recently posted what he claims are renders of the Samsung ATIV SE on his Twitter page. Some reports have claimed it will have a 5 inch 1080p display but details about the hardware inside have yet to be leaked.

The same report also says that another new Windows Phone 8.1 device will go on sale on April 9th. The article speculates that it could be the previously rumored Nokia Lumia 930, possibly as an AT&T exclusive.