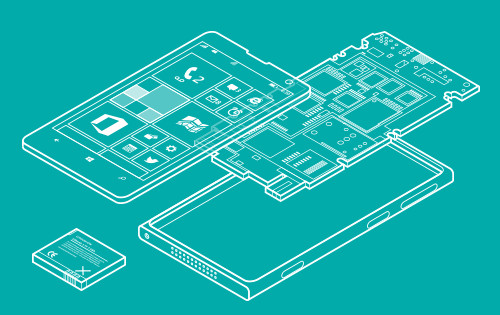 With Windows Phone 8.1 starting to roll out to devices, it's probably no surprise that Microsoft is already working on the next update to its mobile operating system. Windows Phone 8.1 GDR1 hasn't remained completely hidden from the world, but it has only popped up here and there without a definitive release date. Today, it looks like the chassis requirements for GDR1 have been uncovered on the OEM Developers site, showing some changes for the upcoming release.

While some of the changes are standard fare, others seem to remove the more stringent requirements, increasing the possibility of seeing lower-end devices with Windows Phone 8.1 GDR1. Although a majority of the specifications remain unchanged, there are a couple of new tweaks to the requirements that are surprising.

According to WMPoweruser, upcoming devices will now have support for qHD (960 x 540 pixels) resolution and will require proximity sensors. The have also made the favorable dedicated camera button an option on upcoming devices. Lastly, it looks like future devices will be restricted to 1080p, as higher resolutions displays will most likely not supported in GDR1.

With the upcoming changes in GDR1, it seems like the hardware requirements are becoming more lenient, opening up the possibility of allowing manufacturers to create devices that may be cheaper than the Lumia 520 or Lumia 630.