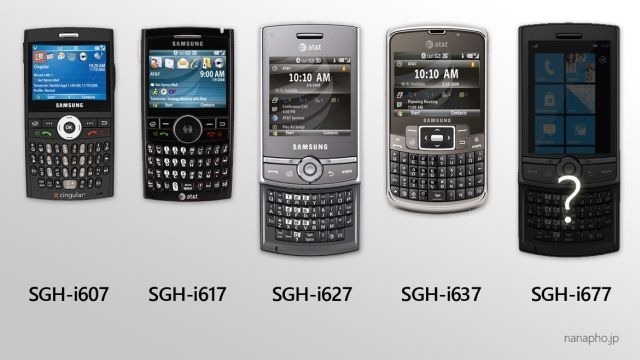 It was not long ago that Microsoft announced that it had given Mango the all important RTM stamp of approval. Not long after that announcement, the first Windows Phone Mango device was announced in Japan.

To build on the news, a new Samsung device has surfaced that looks like it may bring a full keyboard to the Mango experience. The Samsung SGH-i677 name has been spotted and based on past models, this new device will most likely bring with it a full keyboard. First spotted by Nanapho.jp  (via WMPoweruser) as it was passing through certification tests, the device will most likely be a next generation Mango phone.

Little else is known about the device other than its model number. But based on previous designs in the same class by Samsung, a full slide out keyboard is a given, but as for being a showstopper device, this will probably not be it. The other phones in the class represent business oriented devices that focus on function over form. The image above is not a representation of the hardware.