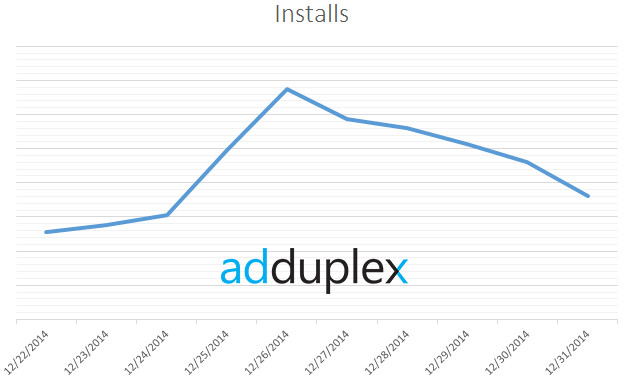 Every year, smartphones are given as gifts around the holiday season and this year, for Windows Phone, app installs grew by around 10% when compared to the days before the holdiay. This data comes from AdDuplex, an advertising platform for the Windows ecosystem.

What they did was look at data from December 25th and 26th and compared it to the 24th and when doing so, they saw a roughly a 10% gain in app installs. While you can't say that Windows Phone grew 10% this season, one might still infer that more Windows Phones were sold this holiday timeframe. 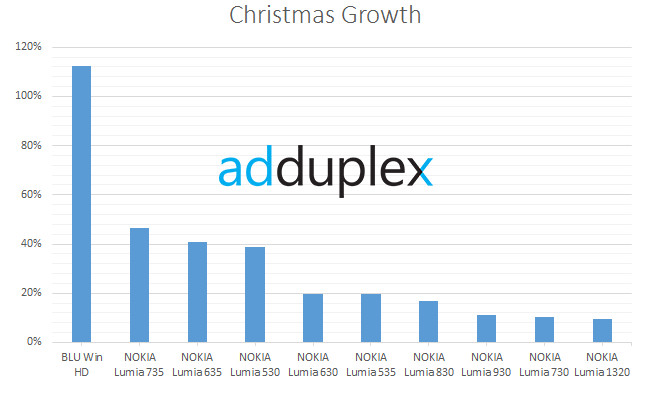 This data, like many before it, shows that the growth is coming in the low end of the spectrum with the Lumia 530 leading the charge, followed by the 520, 630, 635, 625 and finally the Lumia 735. It also appears, based on the data presented, that the BLU Win HD had a strong holiday season.

But while on a percentage basis the growth is great, AdDuplex says that it's simply a statistical anomaly of going from a small number to slightly smaller number which skews the percentage of growth heavily.

If you are in the Windows Phone camp, this should be taken as good news that the platform is still growing, albeit slowly. Still, growth is growth and this data again shows why Microsoft is focusing on the low-end as that is where they are gaining the most traction.