Yes, Microsoft is supposed to acquire Nokia's Devices and Services unit in the first quarter of 2014, but before that happens the two companies are technically competitors. This fall, they will release the only two new Windows RT 8.1 tablets planned for 2013. Microsoft just launched the Surface 2 today and a few hours ago Nokia announced the long rumored Lumia 2520 for a release later this year. 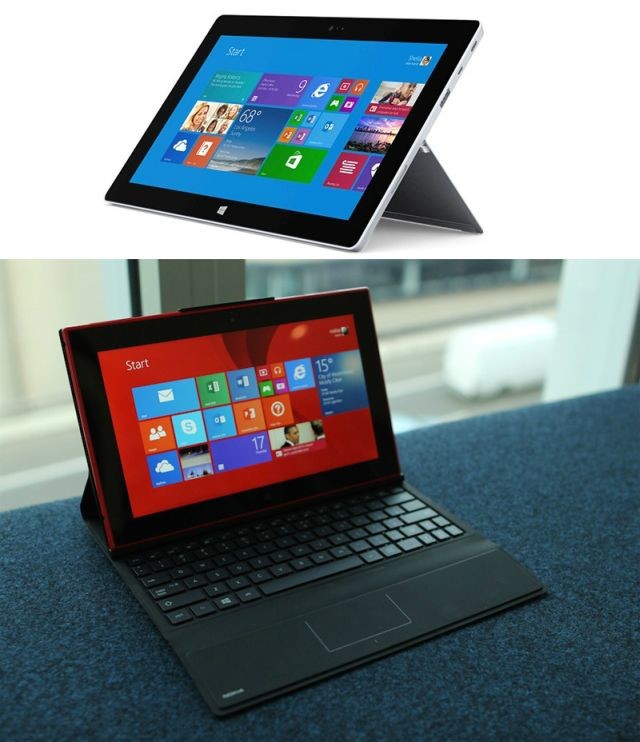 While both tablets are running Windows RT 8.1, there are actually quite a few differences between the Lumia 2520 and the Surface 2 in terms of hardware features. Here's a quick look at some of the more important comparison points:

It's way too soon to offer a final verdict on this shootout as the Lumia 2520 isn't due to be released for at least a few more weeks. However, on paper the Nokia tablet does have some features that could cause some people who have been thinking about getting the Surface 2 to wait until both products are on sale.

Image via Microsoft and Nokia.