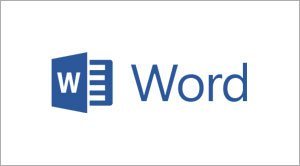 It's the most popular commercial word processor for PC owners. Of course, we are talking about Microsoft Word. Today, Microsoft talked more about the new and improved features that will be a part of the upcoming Word 2013 version, which is included in the Office 2013 suite of software. Microsoft released a preview version of Office 2013 earlier in July.

In a post on the official Word blog, Microsoft states that they had several "pillars" they wanted to concentrate on when developing Word 2013. One was to create what it called "polished core user experiences". That meant adding improvements in how Word 2013 handles a variety of features.

That includes improving layouts of Word documents. Microsoft gives an example of one of these new layout options, saying " ... whenever you click on a picture/chart/SmartArt, a button will appear to its top right that lets you easily wrap text right there in context." More improvements have been made for tables, footers, headers and more.

Another pillar for the Word team was making sure Word 2013 works best on Windows 8, including its Metro-style touch interface. Yet another pillar was adding SkyDrive support for Word 2013.

Anyone who uses previous versions of Word are familiar with how confused documents can get when they are edited by others. For Word 2013, Microsoft said they wanted to put in new ways to track changes made by others in a Word document that was easier to read. This is done with a new feature called Simple Markup. Microsoft states, "Simple markup hides the revisions behind a single red change bar, and lets you show/hide the details by clicking on it." 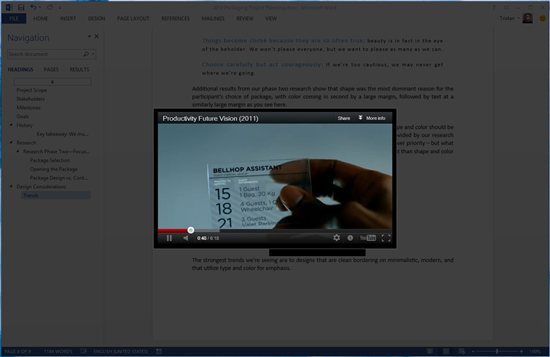 Finally, the blog talks about how Word 2013 has been turned into a better reading experience, which Microsoft has discussed in an earlier blog post. One new addition allows Word documents to add web video. The blog states, "Word 2013 lets you include video from web video sources like YouTube directly in your documents, and allows you to play them back right within the context of the document itself."