During its main presentation at E3 today, Microsoft proudly announced many examples of games and content that will be available exclusively on the Xbox One in the months ahead. But one property that has so far been exclusive to Xbox (at least as far as console gaming goes) looks like it will also be available on its biggest rival in the future. 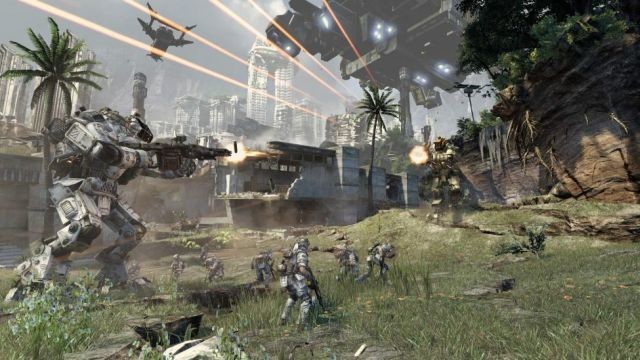 Titanfall has been a huge success for the Xbox platform, launching first on the Xbox One and on Windows PCs, before making its way to the Xbox 360 a few weeks later. While there are no plans to launch Titanfall in its current form on other platforms, Microsoft's exclusive hold on it is not indefinite, and as The Wall Street Journal reports, it doesn't cover any future releases in the series.

According to the Journal, work is already under way - albeit in the preliminary stages - on developing a sequel to the game. Significantly, the report claims that this follow-up will not be an Xbox exclusive, but will also be available on Sony's PlayStation 4.

As GeekWire notes, Electronic Arts - which publishes the game - said it had sold 925,000 copies in the US in the first three weeks of Xbox One and PC sales alone. With PS4 sales continuing to beat those of the Xbox One, there is great potential for EA to boost its sales considerably with availability of its sequel on Sony's gaming platform too.

EA has not confirmed the report, but it's worth noting that GeekWire highlighted a comment made by Vince Zampella, founder of the game's developer Respawn Entertainment, back in October:

@AdanGarciaG Of course we will, just not the first Titanfall.

While this too confirms nothing, the wording of his response does appear to support the notion that a Titanfall sequel may indeed make the jump to the PS4.