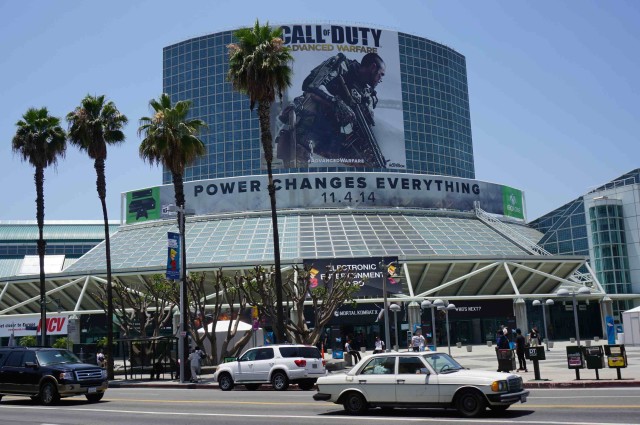 As we touched down at E3 for press day, we were met with huge banners, large crates, and a very imposing Mech. To get a sense of the location, E3 takes place at the Los Angeles Convention Center in the heart of downtown Los Angeles. It neighbors the Staple Center where the Los Angeles Kings, Lakers, and Clippers share a home. 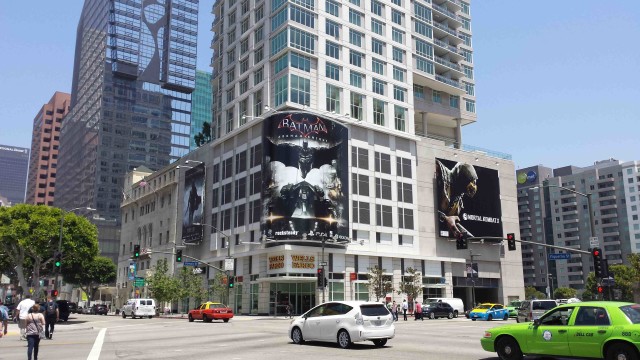 The L.A. Live experience is centered around the Los Angeles Convention Center, serving as an entertainment hotspot with shops, eateries, and hotels all within walking distance. 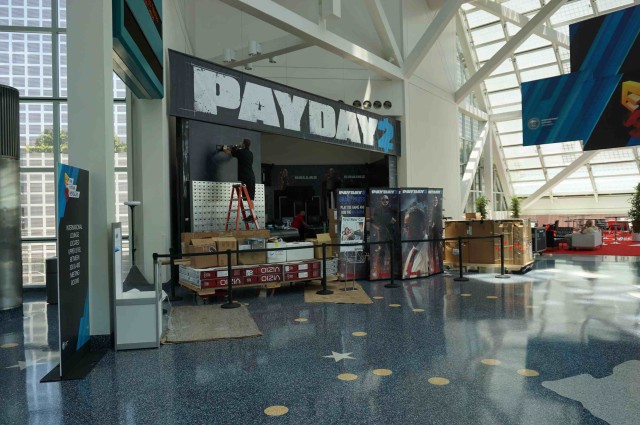 The show officially starts tomorrow, but some companies were still busy putting the finishing touches on their booths. In the rear of the unfinished Payday 2 booth, there is a large bank vault which highlights Payday 2's unique gaming experience. 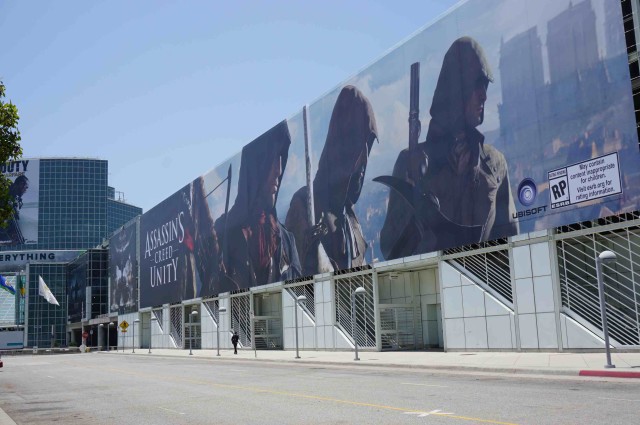 The E3 Expo occupies two of the four main halls of the convention center. Sony, Nintendo, Microsoft, and a few others reside in the West Hall, while the majority of the other companies are situated in South Hall. The exterior of the convention center is decorated with huge, in-your-face banners that span the length of an entire walkway. 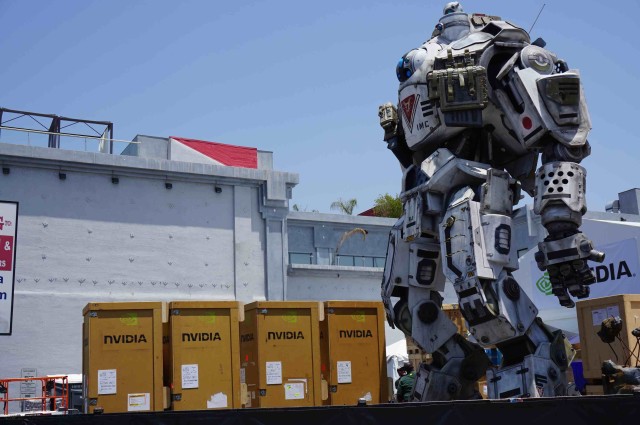 Across the street from the convention center, NVIDIA has seized their chance in the spotlight with large, branded crates and a scarily realistic statue of the Mech we mentioned earlier. Although NVIDIA primarily creates graphic cards, they have a lot to bring to the table at this year's E3, especially since none of the current consoles are powered by NVIDIA chips.

Be sure to catch all of our E3 2014 coverage over the next couple of days, and for a full gallery of images, click below.