As each company aims to distinguish itself from the pack, XBox was clear, they were dedicating their whole press event to games. Perhaps one of the most vital aspects of a gaming console is the support from great titles. Xbox unleashed a flurry of great games this year with sequels from established franchises, new entry's from established studios, and more. 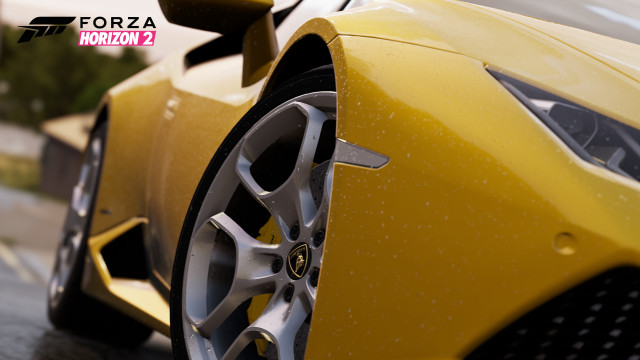 Ubisoft has officially unveiled Assassin's Creed Unity and will feature a unique new element that will allow players to form their own brotherhood. The feature will allow up to four players to team up and play through missions. This is being introduced into the series for the very first time. Assassin's Creed Unity will be released this Fall on the Playstation 4, Xbox One, and PC.

The creators of Left 4 Dead series, Turtle Rock Studios, gave a better glimpse of their new title, Evolve. Much like Left 4 Dead, the game will rely on teamwork, allowing players to form a team that can consist of up to four players. Since this would be standard fare, Turtle Rock Studios added a twist of being able to play as the enemy. The game will be available for the Xbox One, PS4, and PC and will release in Fall 2014.

Activision's Call of Duty: Advanced Warfare will be set in the future and features drones, powered exoskeleton suits, and an advanced arsenal. The new entry into the series looks refreshing as it harnesses the power of next generation consoles. The fairly long reveal at the XBox event showed off extreme environments, diverse weaponry, and Kevin Spacey. Hopefully, the celebrated actor can bring some depth to the new entry's storyline. COD: Advanced Warfare is set to release in Fall 2014.

It's been three years, but Bioware will finally be introducing a new title to their Dragon Age series, Dragon Age : Inquisition. You will be able to explore the vast lands and choose your player from a variety of different races. The adventure will allow you to shape the world around you based on the decisions that you make throughout the game.

Sunset Overdrive will be an open world game that will feature an eight-player cooperative experience. You will have the ability to upgrade you weapons and earn in-game rewards. The game is due in Fall 2014.

The Fable series returns with Lionhead Studios creating the latest entry in the series. The latest entry will allow players the choice of playing as the hero or the villain. Fable Legends will also include a cooperative mode that will allow you to play with up to four players. Those interested can sign up to enter the Multiplayer Beta.

Rise of the Tomb Raider

Square Enix and Crystal Dynamics struck gaming gold with the acclaimed reboot to the Tomb Raider series. At E3, they teased a trailer for the upcoming sequel titled, Rise of the Tomb Raider. The trailer shows Lara Croft receiving physiological treatment coupled with a montage of her adventures. The trailer ends with Croft emerging from a cave exclaiming "we become who we are meant to be". Details are scarce as the title will not see a release until 2015.

From acclaimed and veteran director Hideki Kamiya (Resident Evil and Devil May Cry) comes a new title, Scalebound. This will be Kamiya's new original project and first partnership with Microsoft. Although there weren't many details, it looks like players can expect to battle against monsters with the aid of dragons.