That model came in a glossy black finish and had one wireless controller included. According to Engadget, the new bundle will include “250GB HDD, built-in 802.11n WiFi, a silver (presumably matte, based on the picture) finish, and custom, Halo-inspired sounds.” Also included in this bundle is two Halo: Reach inspired wireless controllers and a copy of Halo: Reach.

Xbox 360 Press states that “Additionally, Microsoft and Bungie revealed an onslaught of other “Halo: Reach” news today at Comic-Con International, including a first look at Forge World, Versus Firefight mode and more.” The Halo: Reach Limited Edition Xbox 360 bundle will be available starting September 14th (alongside the launch of the Halo: Reach game) in the United States. It will be priced at $399.99. 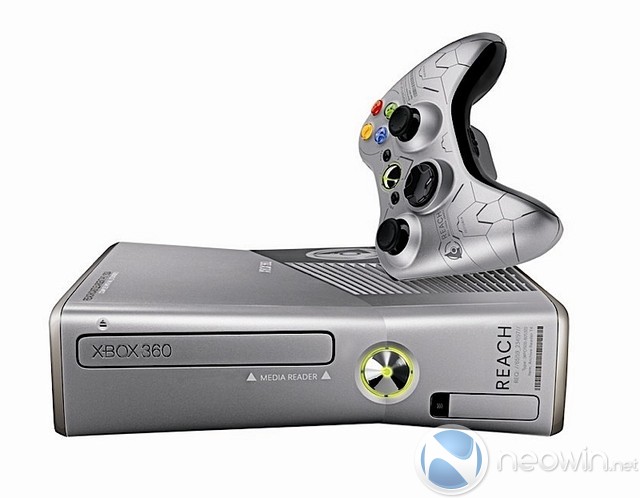