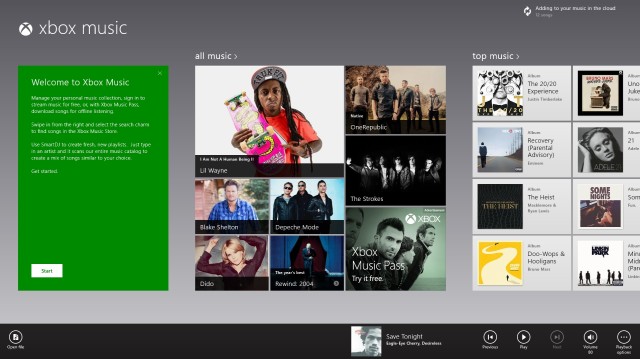 Following the release of the update to the Mail, Calendar, People and Messaging app for Windows 8 and Windows RT, Microsoft has updated the Xbox Music app that has been the source of numerous complaints since the launch of Windows 8. The update - which is available for download right now through the Windows Store - brings performance improvements that help the app's speed on devices such as the Surface RT, as well as a few new features.

There's now a separate volume control for Xbox Music, which allows users to turn down the volume of music playing on your device independently of other system volumes. The app has also received a few more settings, such as the option to have all songs added to Xbox Music available across your devices, as well as the option to add matched songs to your cloud collection. Finally, there is also a new now playing interface to have fun with.

The update is already available in the Windows Store, however if it's not appearing for you, head to the Store settings from the Charms menu, go to App updates and click on Check for updates.