There was a bit of a storm in a teacup last week, as some people became convinced that Microsoft was planning to kill off its Xbox Music and Video services. But the company's Joe Belfiore quickly reassured users that there was no such plan, describing these services as 'key scenarios' in Microsoft's broader strategy. 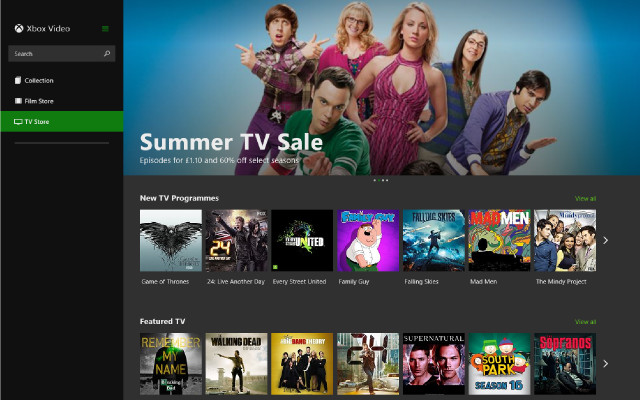 The new look app ditches the horizontal-scrolling panoramic design of the old app, shown above

As with Xbox Music, the new Xbox Video app puts top-level navigation into a bar on the left, including links to your Collection, and the Film and TV Stores, along with a Search box. Tap on any of the thumbnails to explore full details on each video, including the options to buy in standard- or high-definition. 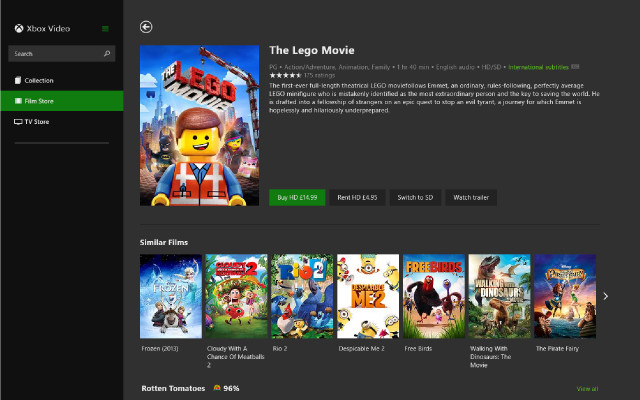 As before, movies are available to rent or buy in the new app in SD or HD

Today's update focuses primarily on improving the overall experience of using the app, rather than on delivering new features, but Microsoft also says that it has made various unspecified "minor fixes and improvements".

To download the app or to simply find out more about it, head over to the Windows Store.