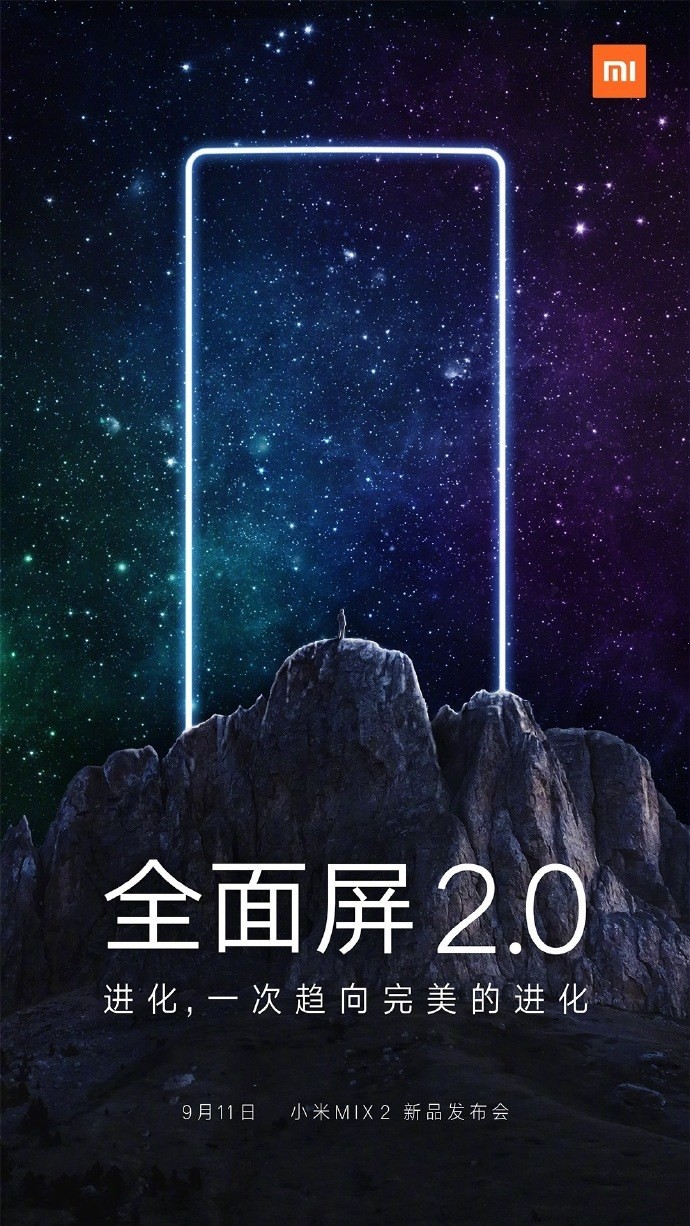 Xiaomi made heads turn last year when it launched the bezel-less Mi MIX smartphone with a stunning design and premium materials. Although it saw a very limited launch at the time, it seems the company has plans to continue the series by launching the Mi MIX 2 this year.

A teaser image featuring the device and its launch date was posted on Xiaomi's official Weibo account earlier today. As you can see, the company has taken some inspiration from Samsung's press image for the Galaxy S8, which also features an Infinity display

The Mi MIX 2 is expected to feature top of the line hardware specifications. Some of these have already leaked and are as follows:

There are a few things such as the camera, sensors, etc about the device that are yet to be revealed. However, we should know more about it once Xiaomi unveils the device on September 11 in China.