A couple of weeks ago, images started showing up on the sides of buildings in parts of New York City and Los Angeles that are clearly part of amarketing campaign for the upcoming Surface tablet from Microsoft. Today, yet another Surface ad images has been revealed, this time in the Brooklyn borough of New York City. 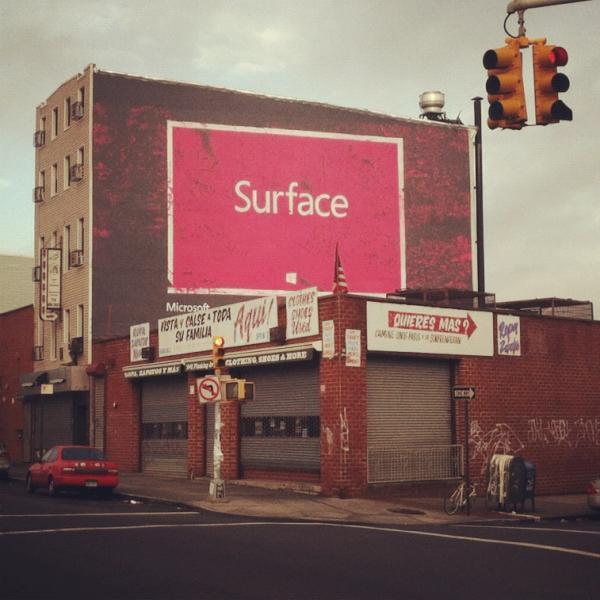 Twitter user Joab Jackson posted the image on his page earlier this morning, which seems to be the first time a photo of this particular ad has been posted on the Internet. The ad itself looks to be quite large but lacks the "Click in" slogan that has shown up on other Surface street ads.

Microsoft has yet to confirm or deny it is responsible for these Surface ads, so we have no word yet if they will appear in other locations in the US or the world. However, they seem to be a rather effective marketing campaign for the upcoming Windows 8/RT tablet. The Windows RT version is scheduled to launch on October 26th, the same day Windows 8 is launched. The Windows 8 Pro Surface device is expected to launch in early January.