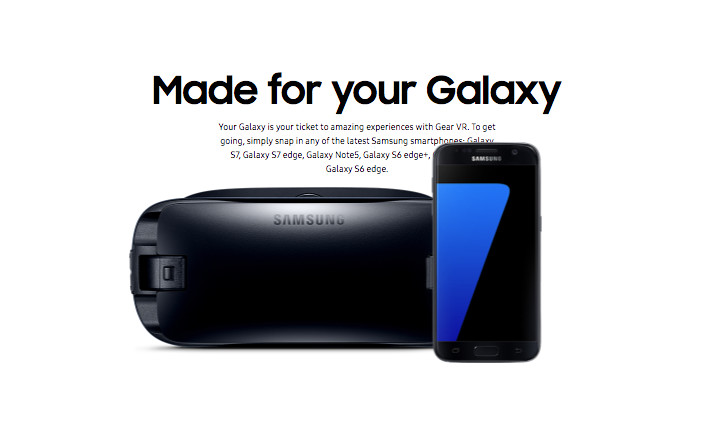 If you've been looking to dive into the world of VR and want something that's a giant step above Cardboard, the Gear VR might be for you. The Gear VR 2016 was originally introduced alongside the Galaxy Note7, but can be used with other Samsung handsets like the Galaxy S7, S7 edge, Note5, S6 edge+, S6 and the S6 edge.

The Gear VR 2016 being sold is a brand new unit and is an international variant. Don't be alarmed by the term "international" as the product will work fine with previously mentioned Samsung devices because it does not have any region restrictions.

If interested, head to the source link below. The current lowest price from a reputable seller is at $49.99 with next available options only a couple dollars more. If you don't have one of the compatible Samsung handsets, you can always opt for the newly discounted Google Daydream.