Flagship handsets are starting to get displays that push beyond the HD and Full HD resolutions that used to rule the roost. While many lower-end devices are still making do with resolutions below HD (1280x720px), most of the range-toppers now on sale feature displays offering Full HD (1920x1080px) resolution. 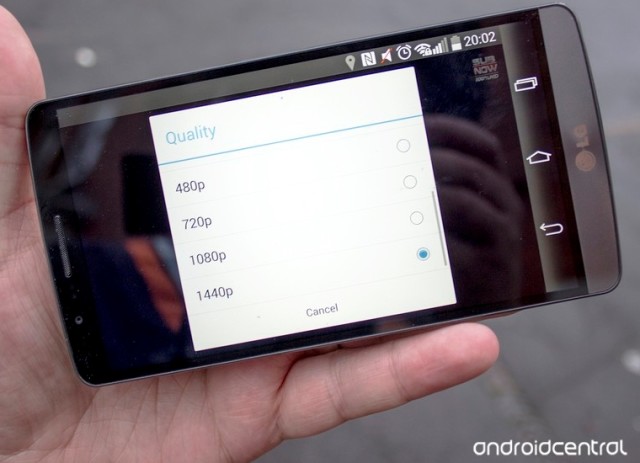 But a new generation of flagships has now arrived, featuring Quad HD (2560x1440px) displays. Such devices are still few in number, and include the LG G3 and Samsung's Galaxy S5 LTE-A. But despite there being so few of these handsets on sale, YouTube is preparing for the future.

As Android Central reports, Google has made changes to its YouTube app on Android, which now allows users to watch video at 1440p on handsets that support that resolution. Of course, the video itself will have to be available in that resolution as well, and with most videos on YouTube maxing out at 1080p, don't expect to be able to find too much Quad HD content on there for now.

Keep in mind too that the higher resolution of such videos may eat up more of your data plan than you expect while streaming them to your device, so stick to Wi-Fi wherever possible if you're planning to watch a lot of 1440p content.