Microsoft recently rolled out the very latest version of its mobile OS – Windows Phone 8.1 Update – to early adopters under the Preview for Developers program. This latest release is the next version on from Windows Phone 8.1, which has only recently begun rolling out to devices.

On Microsoft’s Nokia handsets, Windows Phone 8.1 is being released to users alongside the latest ‘Cyan’ firmware, designed exclusively for its Lumia devices. The rollout is happening right now, and many carriers and markets around the world have already seen the Cyan update and Windows Phone 8.1 become available. 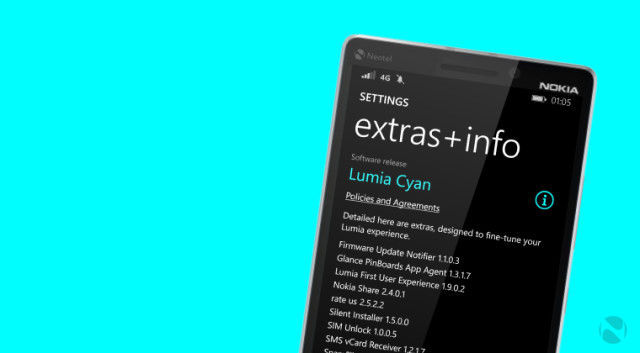 But one market that will have to wait a bit longer is India. Microsoft India published a schedule of its planned rollout of Windows Phone 8.1 with Cyan, indicating that many devices will have to wait as long as September before the update will be available for all users there.

So far, the Lumia 1520, 1320, 925 and 625 have all received clearance for rollout, so if you haven’t yet received the update notification in India for one of those devices, it might well be coming pretty soon, so keep checking.

The Lumia 520 and the 41-megapixel Lumia 1020 will both be getting Windows Phone 8.1 with Cyan this month, so if you’ve got one of those devices in India, hang in there – it’s coming soon.

Have questions on #WindowsPhone 8.1 update for your Lumia devices? Maybe this might help you… pic.twitter.com/b5fMNse5W3

Once all of these updates are finally complete, Microsoft’s going to have to repeat the process again, to roll out the latest Windows Phone 8.1 Update (as Microsoft insists on calling it, but which most people refer to as ‘Update 1’), when it emerges from Preview.